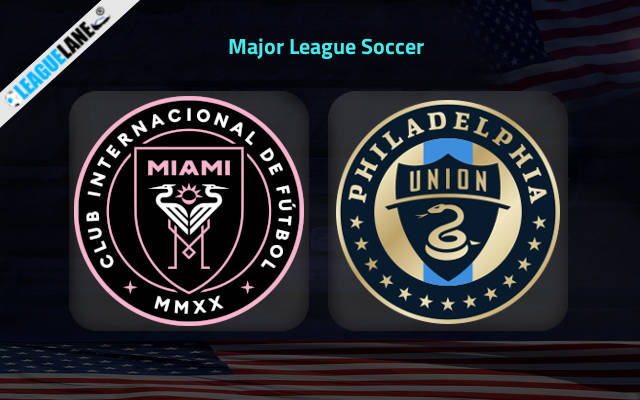 Gameweek 20 of Major League Soccer will be starting this week as Inter Miami play host to Philadelphia Union. Both these sides are in the Eastern Conference and will be seen crossing swords at DRV PNK Stadium, this Wednesday.

Philadelphia Union is at the 2nd spot with 33 points from 19 games. They won 8 times in the league while drew on 9 and lost on twice other occasions. The visitors are even tally on points with the table toppers New York Red Bulls and also has a remarkable offensive side.

The visitors will go into the clash following on from an impressive 7-0 MLS win over DC United in their most recent match. In their 26 most recent matches in the league, Philadelphia Union have been undefeated 23 times.

On the other hand, Inter Miami resides at the 10th position on the table with 22 points. Of the 18 matches played, they won 6 times in the league while drew on 4 and lost on 8 other occasions. Their struggles at the defensive end of the pitch has also been another key factor as they have conceded 27 goals so far.

The hosts will be hoping to return to winning ways here following a 0-1 league defeat in their last game at the hands of Orlando City. Inter Miami have been scored against in 6 all of their previous 6 matches, letting in 7 goals along the way.

A period of 17 straight games without a loss at half time marks the MLS campaign of Philadelphia Union. But they are currently on a 3-game winless away run in the league. The visitors even won thrice of the 6 h2h games played against this opposition.

Meanwhile, No defeats can be found in Inter Miami’s 6 most recent home games in Major League Soccer. Their last 2 h2hs have also ended on ties. The home side remain tough to especially beat at DRV PNK Stadium.

Considering their previous h2h stats and current form, we feel that an away win or draw seems a realistic option.