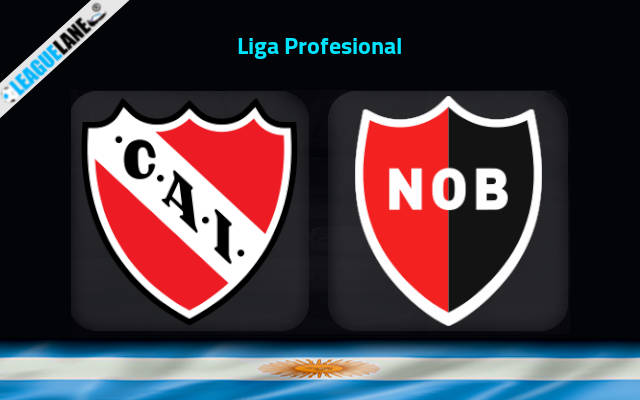 Both Independiente and Newell’s Old Boys are going through good stretches of performances, and are finding the back of the net in plenty. They will be eager to continue this trend, and we can surely expect a fierce encounter this Sunday between the two teams.

Independiente are placed 20th in a table of 28, which is comparatively a non-desired position. However, they are the only squad in the whole competition to have won the last three games in a row.

It is also close to two months since they last lost in front of their home crowd.

Their current objective would be to improve their position in the table, and they will be determined to deliver a great performance this Sunday.

Meanwhile, Newell’s Old Boys won most of their recent fixtures, and they too have an in-form offense. They are also on a good run away from home.

Moreover, they are placed tenth in the table at the moment, and a surplus of four points will help them climb at least five spots higher.

In addition, majority of h2h clashes over the years had goals in huge numbers, and taking into account these observations, expect a high-scoring affair this weekend between the two teams.

Independiente are on a four-game winning streak, and they scored eight goals in the process. They also registered a 3-0 victory in front of their home crowd in their latest appearance at this stadium.

On the other hand, Newell’s Old Boys won three of their past five overall matches, and they scored two or more goals in two of their last three fixtures.

They also found the back of the net in plenty in their games on the road lately.

Taking into account these observations, as well as past h2h meetings, expect a high-scoring affair this weekend.