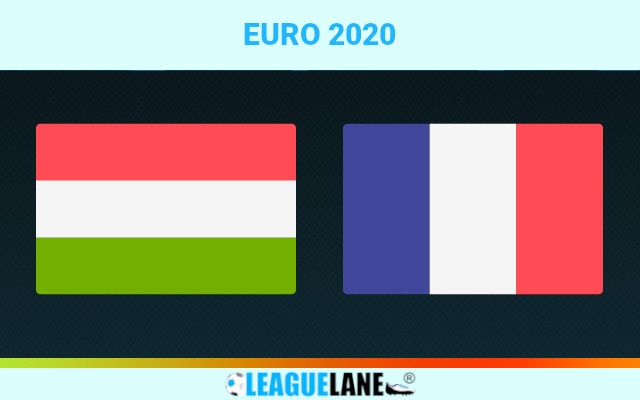 France will be the odds-on favourites to win this game and this match against Hungary does appear to be their easiest of a difficult group.

Earlier in the week France opened their Euro 2020 account by beating the 2014 World Cup champions Germany 1-0 in Munich. It was a huge win for the current World champions, and they played some great football in that game.

With victory over Germany, it means that France have taken some of the pressure off themselves for this match and a win here would ensure they would be playing in the knockout stages.

Hungary frustrated Portugal and it looked like that game was going to end in a surprise 0-0 draw. However, Portugal who are of course the European champions rallied and were able to win 3-0 in the end. Cristiano Ronaldo once again was the star of the show as he scored 2 goals to rescue his nation once again.

Hungary are in a very difficult group which consists of Portugal, France and Germany and they have been unlucky to draw these teams. With defeat and conceding 3 goals in their first game they look very unlikely now to qualify for the knockout round.

Hungary’s defeat against Portugal was their first for 11 games and from their last seven games played at home they have lost just once. Hungary then is in good form but they also have not played strong teams on a consistent basis in the past year.

France have just 1 defeat in their last 10 games and even that was only a friendly. France have not lost a competitive game of football for 2 years and are in fantastic form.

There are no reported major problems for Hungary though it is unknown if the coach will stick with the team that were able to frustrate Portugal for so long.

Benjamin Pavard suffered slight concussion in the game vs Germany, and he will face assessment and could miss out. It remains to be seen if coach Didier Deschamps will give a few other players a run out or keep mostly with the same team. Pavard though may not play.

France is by far the superior side, and we expect a solid and professional victory from the world champions. We must respect though that before their collapse against Portugal, Hungary had played decent football and had their own chances in a game that looked to be heading for a 0-0 draw.

Also, Hungary have good form and they are at play home; all of these are plus points. The Magyars are not the poorest side at the competition, the problem is the group they have been drawn in and the fact that they are playing a superb team in France.

Kylian Mbappe came close to scoring against quality like Germany and we can expect that the striker will be fully alert to grab a goal in this game. Karim Benzema thought he had scored late in the game and he will want to correct that.

France are around 1.30 to win so we will look into different markets but we don’t expect to see a shock in this game and France will become stronger as the game goes on.