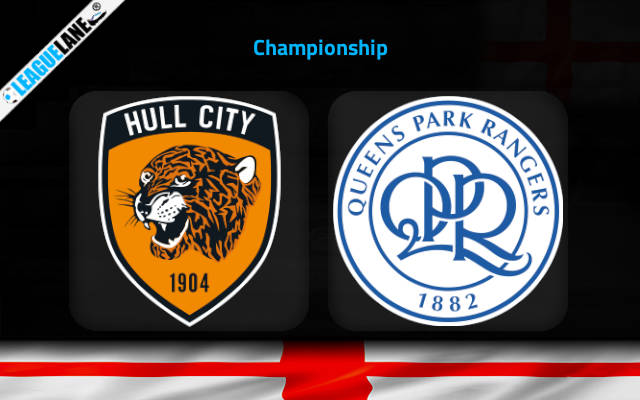 Hull vs QPR Predictions and Free Tips from our expert tipsters when the teams go head-to-head in the England Championship on Saturday, 28 January 2023.

The recent performance of Hull City is decent enough. They were following a five-game unbeaten streak before losing to Sheffield in the previous outing.

Meanwhile, QPR have failed to seal a win in the past five league fixtures. It is worth noting that four of them were draws.

QPR is on a three-fixture unbeaten streak against Hull. The reverse fixture ended in a 3-1 win for QPR.

At this venue, QPR is on a two-game unbeaten streak against Hull. The past four encounters saw the landing of over 2.5 goal ft option.

Who will win the match between Hull vs QPR?

The current form of Hull at home is so disappointing. They are on an eight-game winless streak at home. Do also note that the past three matches ended in a draw.

On the other side, QPR is on a three-game unbeaten streak on the road. It is worth noting that two of those were draws.

A draw is common in the outcomes recorded by the two teams lately. We are not selecting a clear winner here since neither of these two teams are having an upper hand on the basis of the recent form.

Six of the past seven matches played by Hull were low-scoring affairs. Meanwhile, five of the last six road trips of QPR were having fewer than 2.5 goals ft too. In that case, we expect this match to have under 2.5 goals ft.

The defensive side of both teams have allowed goals consistently in the past several games. When they are having such a trend in display, we expect a both teams scoring scenario here.

The current form of both teams at respective patches seems to be weak. Although QPR have an upper hand in the recent history, their current winless form stands tall. A score draw is often recorded by these two lately and we expect the same here.

We therefore like to place a 1-1 correct score bet at 6.00 odds as the main betting tip. For the second tip, both teams to score at 1.80 odds seems ideal.