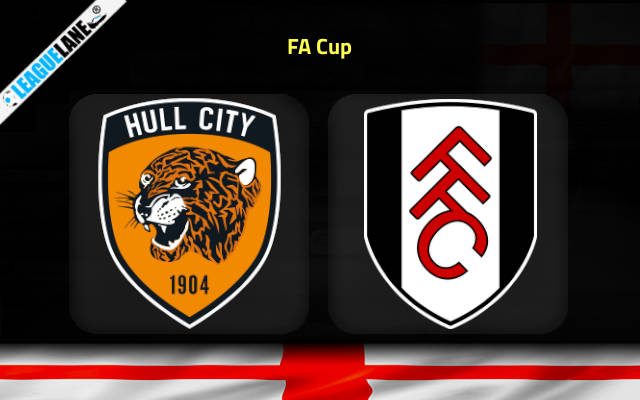 Hull City made a huge step towards securing the Championship survival with back-to-back wins over Birmingham and Wigan in the previous two league rounds.

The Tigers climbed to the 16th position in the league standings and are now seven points above the relegation zone.

They are also undefeated in the last five Championship games. Liam Rosenior’s men will be hoping to extend this streak on Saturday afternoon when they play host to Premier League outfit Fulham in the third round of the FA Cup.

The Cottagers will also enter the outing in high spirits after a big 0-1 victory over Leicester on Tuesday evening at King Power Stadium.

It was the third consecutive league win for Marco Silva’s troops who have conceded only a single goal along the way.

This streak has helped Fulham climb to sky-high 7th position in the Premier League standings. Nevertheless, we have to say the Cottagers are now looking ahead of a much tougher schedule and the clashes against Chelsea (twice), Newcastle, and Tottenham in the next four league games.

We could easily see Aleksandar Mitrovic getting the nod from the start here since the Serbian striker will not be able to feature the league clash against Chelsea on Thursday. His presence on the pitch may play a big role for the visitors.

Both teams will go into this in high spirits. Looking at the odds, though, it is very hard to ignore the 5.50 price-tag on Hull City’s win in front of their fans at The MKM Stadium. We will go there purely because of the value, knowing the Tigers are undefeated in five successive Championship affairs.