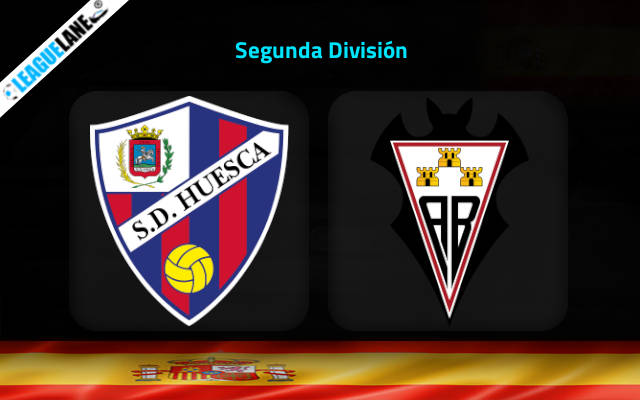 Huesca vs Albacete Predictions and Free Tips from our expert tipsters when the teams go head-to-head in La Liga 2 on Monday, 9 January 2023.

Albacete are desperately going after a top-six entry. They are placed seventh in the table as of now, and are level on points with the sixth-placed Granada. Considering that the teams just above them are going through a poor streak – this is a great opportunity for them to make a push for the top-six.

Meanwhile, Huesca have a single win from their last five league matches. They are struggling with their defense, and also have a poor h2hg record against this rival over the recent years.

The latest encounter ended in a 2-1 win for Albacete, and they are also on an unbeaten run since 2016. Do also note that they scored two or more goals in the last two h2h clashes.

Who will win the match between Huesca and Albacete?

Based on recent form, Albacete seem to be the favorites this Monday. They have momentum on their side, and they also have the added confidence of having the better h2h record in the past seven years.

Albacete are in form, and will be aiming to score at least twice this Monday. Note that they did so in the past two h2h encounters as well.

However, their defense has not been up to the mark lately. They are conceding consistently, and as such it is expected that we are about to witness a high-scoring affair.

As mentioned earlier, Albacete are not expected to keep a clean sheet this Monday. And this gives strong reason to anticipate that we are about to witness goals from either side of the pitch.

Albacete are in better form, and have the better h2h record. They are also gunning for a spot in the top-most tier of the table. As such, Albacete to Win priced at 3.40 odd appears to be a good pick this Monday. And if you are comparatively risk-averse, you could go for the Draw No Bet for them at 2.25 odd.

Going on, considering their out-of-form defense, the Both Teams to Score bet seems like a decent second choice. And it is priced at 2.00 odd.