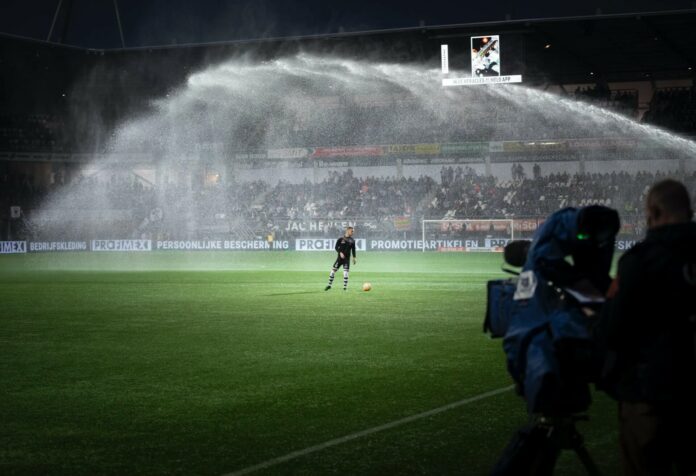 Soccer transfers involve an immense amount of global wealth. Teams can trade valuable players for millions of dollars at a time, and some transfers can be as high as $100 million or more. The current record for the world’s most expensive transfer is a staggering total of $265 million.

The nature of the transfer market affects multiple aspects of ‘the beautiful game’, from fan sentiment to the latest soccer odds. To gain a better understanding of how the market functions, let’s take a look at what defines the market, when transfers can take place, and what the process behind each of these costly transfers entails.

What is the transfer market?

The transfer market is a global marketplace that contains a list of all players available for transfer. Like any other market, it requires regulation in order to function efficiently. Rules of conduct are dictated by FIFA, as well as the continental and national governing bodies of the teams in question.

When players are put on the transfer list, the club they have a contract with is telling other clubs that the player is available for acquisition. Interested clubs can make an offer for the player, and each bid that’s offered takes a variety of factors into account.

Player value is determined by ability, future potential, and the status of the player’s existing contract (or lack thereof). Both clubs have to agree on the fee, which often involves back-and-forth negotiations that have to maintain an equilibrium of supply and demand.

Players can be transferred for many reasons. Some transfers are made to replace injured players, some are to strengthen a squad, and some are simply good deals that are too valuable to miss, like free agent transfers, for example.

A free agent is a player whose contract has expired, and the team they were signed with is not interested in renewing their contract. Trades can also involve player swaps, where the bid involves an exchange of players in order to reduce the overall transfer fee.

The importance of contracts

Every player has to have a contract with the club they play for. Contracts can last for up to five years, and they can be extended multiple times, but early termination can lead to some costly compensation fees.

Compensation fees have to reflect two factors in particular: the outstanding duration of the contract and the amount of future salary owed.

Bids can be made for players who are not on the transfer list, even if they still have existing contracts. However, when you combine the remuneration for early contract termination and the perceived value of top-flight players, it’s easy to see why the cost for a high-profile trade can often reach exorbitant amounts.

Contractual clauses can also influence the nature of the trade. Loaned players, buyouts, and buybacks are all fairly common, and it’s not unheard of for clubs to have co-ownership contracts and third-party ownership.

How often do trades take place?

The European transfer market is the biggest marketplace for player trades. Each year there are two periods where teams are allowed to make trades, the first of which occurs between the end of the season and August 31st. The second opportunity for clubs to trade players comes in midwinter, and it’s known as the mid-season transfer window.

The exact windows for trade are decided by individual countries, who have to ensure that their schedule aligns with the European windows if they want to find and trade the best players. The summer transfer window sees the most activity, as it falls between seasons when teams are formulating their plans for the next year.

In the US, the summer transfer window lasts until August 9th. This gives American clubs less time to complete their transfers than their European counterparts, but it also means that they can acquire players who can’t be transferred beyond that date.

According to FIFA, annual trades amount to over $1 billion in value. Male players make up the majority of that amount, but female players still contribute a significant amount. Women’s soccer has expanded considerably in the last few years and is now regarded as a mainstream sports category in its own right.

As a last note, it’s worth mentioning that clubs and contracts aren’t the only ones who can decide the fate of individual players. Players themselves can request a transfer for any number of reasons, from lack of play time to cultural alienation. Even language barriers can be the cause for a transfer, but contractual obligations always factor into these decisions.

There are no fees if a contract has ended and a player wishes to leave. If there is an active contract, and no club has made an offer for that player, the player still has the option to buy out their contract on their own. This process is usually facilitated by the player’s agent, which also brings commission fees into the equation.

It’s also important to note that most fees don’t involve astronomical amounts. The majority of acquisitions are made via free transfer, but they aren’t exactly headline material. News outlets cover the biggest transfers far more than the most common ones, which can often lead to false representations of how the transfer market usually operates.