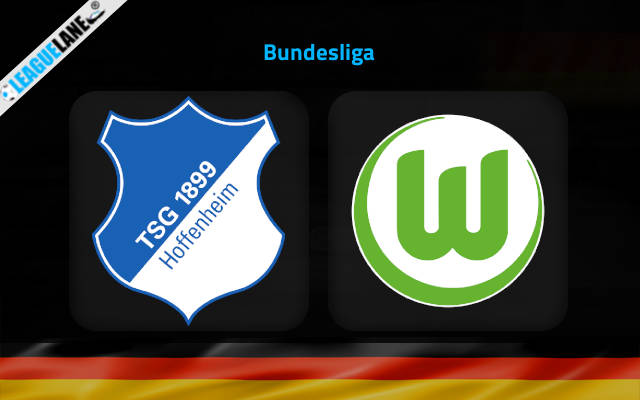 Wolfsburg have shown a positive consistency in the last few games. Being unbeaten in the last seven Bundesliga games is an example of that. Such a surge has taken them to the 8th position in the table.

They currently have a five point difference with the current sixth place and the last team in the safe zone, Dortmund. So they are currently in a stage where it is imperative to play without dropping points.

Meanwhile, Hoffenheim lost their temporary safe zone spot by dropping points unexpectedly in the past few games. They were having an impressive form before getting into their current inconsistent form.

Their offensive side, which was in a good form, is currently not playing well. At the same time, their defensive line is unexpectedly conceding goals.

They will come into this fixture winless in the last four games. But it is worth mentioning that Beyern, Leipzig and Frankfurt were their opponents in those fixtures.

Despite losing to current fourth-placed Frankfurt in their last game, a competitive display can be expected as they have an equally stronger opponents.

Both these teams have an attacking and defensive line of equal stats. So there is nothing wrong in expecting a competitive battle between these two on Saturday.

Both the teams can be seen in an even form, without a clear lead in the head to head tradition. But Wolfsburg will have an advantage sharing equal stats with the home side even in this stadium.

Moreover, they are unbeaten in the past four road trips. Therefore, we like to place a Draw No Bet option in favor of Wolfsburg as the main bet.