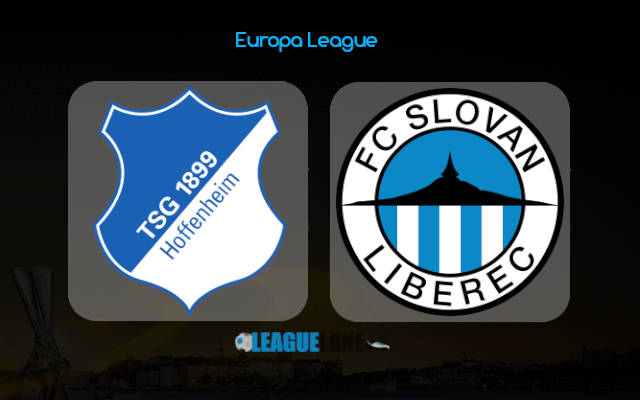 We have seen two completely two different faces of Hoffenheim so far this season. Squad from Sinsheim has been performing great on the European scene, dominating their Europa League group with maximum number of points, while situation in German Bundesliga is quite different. They recently finished Monday night clash against Union Berlin at home with a shocking 1-3 loss.

Are we going to see best players benched to preserve fitness on Thursday night against Slovan Liberec?

That’s definitely an option, but still bookmakers are heavily backing home team, offering low 1.20 odds on Hoffenheim to win. That doesn’t come as a surprise after Slovan’s appearance in Belgrade last week.

Not only Hoffenheim never faced Slovan Liberec in the past, but never played against any team coming from Czech Republic.

As for their opposition, Slovan had eight encounters against Bundesliga teams and their record is not looking encouraging at all – zero wins, three draws and five losses.

Coach Sebastian Hoeneb surely can’t be satisfied with 12th place on Bundesliga table after six rounds played. His squad has collected only one point out of last four domestic clashes, losing to Frankfurt, Dortmund and Union Berlin.

The best performance of the season was shocking 4-1 home win against the reigning German and European champions Bayern Munich.

Andrej Kramaric has suffered injury after that game (scored two goals vs Bayern), and that might be a reason for questionable efficiency lately.

Squad from Sinsheim won both Europa League games so far against Red Star Belgrade 2-0 and Gent 4-1, so they can have slightly relaxed approach on Thursday.

Slovan Liberec are completely out of form right now, which is not a big surprise considering Czech Liga was suspended due to pandemic outbreak. They were looking completely clueless at Rajko Mitic Stadium last week, losing the game 1-5. We are predicting another catastrophe for this squad.