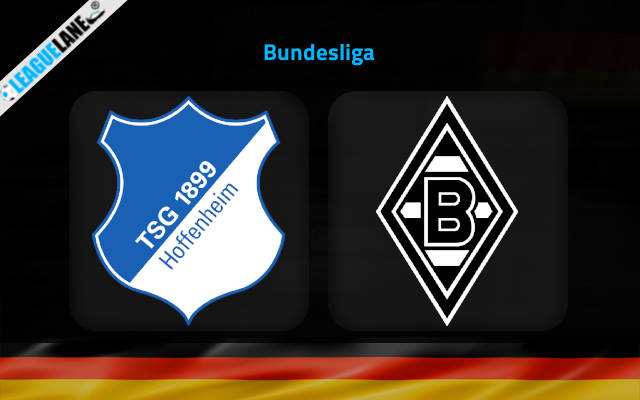 Hoffenheim are in great form, and have placed themselves at the fourth position. Such has been their consistency lately, that they are the only team to stay unbeaten in the past five match-days in the league. Not even defending champions Bayern could manage that.

In addition, they also have a poor h2h record against this foe over the years.

Surely expect Hoffenheim to have the upper hand this Saturday at their home – PreZero Arena.

Hoffenheim registered a 2-2 draw the last match-day, against the third-placed Leverkusen. They had also won six of the past eight games, and had scored a total of 15 goals from the past five fixtures.

Going on, they are on a six-match winning streak at home, and had slotted in a total of 20 goals in the process.

On the other hand, Monchengladbach lost 2-3 at home the past game week, against Frankfurt. They are also on a four-match losing run, and have won just thrice in the past ten games.

Importantly, they have managed to post just four league wins on the road in the whole of 2021, and one these had come in the first week of January, against the 17th placed Bielefeld.

Taking into account these observations, expect a win for Hoffenheim this weekend.

Tips for Hoffenheim vs Monchengladbach