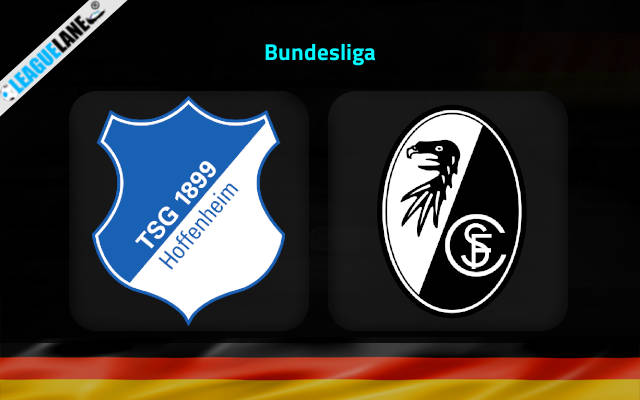 Both Hoffenheim and Freiburg are part of the top-performing teams in the German top flight, and they started this campaign on impressive streaks of results.

Hoffenheim are placed fourth in the table at the moment, and they won four of the past five games in the league. The only defeat during this stretch came against none other than Borussia Dortmund.

The team needs a surplus of two points to climb to the top of the table, and most importantly, they have a 100% winning record in front of their home crowd.

Going on, they secured a ninth-place finish the last season in the competition, and missed out on a ticket to Europe by just six points. They are determined to give a vastly better effort this time around.

Meanwhile, Freiburg are currently placed second in the table, and their only defeat in the competition this season came against Borussia Dortmund. They also need an additional one point to climb level with the first-placed squad in the table.

Going on, they secured a sixth-place finish the last season in the Bundesliga, and thus qualified for the Europa League. They scored goals consistently and in plenty all through this stretch.

Furthermore, goals came in plenty whenever these two teams locked horns in the past, and judging all observations, the same is kind of expected this Sunday as well at the PreZero Arena.

Hoffenheim won four of their previous five overall fixtures, and they also managed to win nine of their past twelve games.

Moreover, they are on a six-game winning streak in front of their home crowd, and they scored two or more goals in seven of their past eight appearances at this stadium.

On the other hand, Freiburg were unbeaten in 13 of their past 14 overall fixtures, and they delivered nine wins during this stretch.

Do also note that they scored two or more goals in seven of their former twelve games, and won eight of their previous ten road trips too.

Considering these observations, expect goals to come in plenty this Sunday between the two squads.

Tips for Hoffenheim vs Freiburg