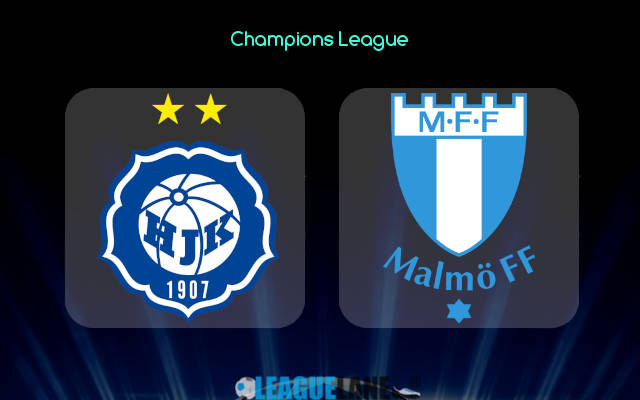 Swedish giants Malmo continue their hunt for Champions League football when they line-up at Helsinki against Scandinavian neighbors HJK.

Malmo were dominant in last week’s first leg clash at their home turf, but they managed only a narrow 2-1 win.

HJK will be looking to make the home advantage count, as they look for their first Champions League group stage appearance since 2014/15 season.

In Veikkausliiga, HJK are enjoying an excellent season and they sit at the top having won 11 of their 13 games so far. Their 12-match unbeaten run in the league was broken just before the first leg of this tie against Malmo, by foot of the table side Oulu, but they managed to get back to winning ways this weekend at the expense of Haka.

HJK generally manage positive results in European competitions in front of their home crowd. They defeated Red Star Belgrade 2-1 in 2019, however the tie was lost with the 2-0 defeat at Belgrade.

In Champions League qualifiers, they are unbeaten in 9 of the last 10 matches at their home ground and this can be split into 6 wins, 1 loss and 3 draws.

The teams from Helsinki started this season’s campaign with solid wins over Buducnost. The team from Macedonia was beaten 3-1 at Helsinki and then 4-0 at their backyard.

Just like their Tuesday’s opponent, Malmo are also enjoying a fine season in Allsvenskan and are top of the table after 13 rounds of football.

In Champions League qualifiers, they are unbeaten in the last 9, however 4 of them are draws. Their last appearance at the group stage happened in 2015/16 season and this is only their third qualification appearance since.

Malmo defeated Latvian side Riga FC in the previous round of this year’s qualifier, only by a narrow 2-1 aggregate margin, the decisive victory happened at home 1-0 before the second leg finished 1-1.

The first leg battle at Eleda Stadion on 21st July 2021 is the first ever competitive h2h meeting between Malmo and HJK.

Malmo are the better team in this tie, but one must not underestimate HJK especially when they are playing in front of their home fans. This will be a closer match than expected and we cannot rule out HJK overturning the deficit.

I will back goals here as my top pick since HJK’s qualifying matches at Helsinki over the years consistently produced over 2.5 goals. This is also an indicator of a thrilling football match in the prospects.