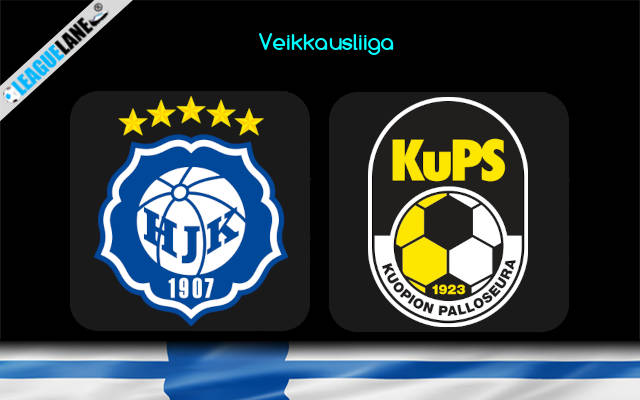 Both these teams have been the best in the Finnish top flight so far this season and are accordingly placed first and second at the table. They are separated by a total of just 3 points and this places even more importance on this upcoming fixture.

Whoever secures a win in this encounter this weekend at the Bolt Arena, will have the momentum in the title-race.

It deserves mentioning that the pair has been scoring goals in plenty right from the start of the season, and they hope to do so this coming weekend as well.

It is also important for HJK as well as KuPS to deliver a win this Saturday, as teams placed just below them have picked up pace in hopes of eclipsing these two at the top of the table.

By the looks of things, anticipate goals to come from either end of the pitch, as the two best teams in the league take on each other.

On the other hand, KuPS had won 14 of the past 17 overall meetings, and they had scored 2 or more goals in 9 of their past 15 fixtures.

By the looks of things, anticipate a high-scoring thriller between the 2 top-rated teams in the Finnish top flight.

Tips for HJK vs KuPS