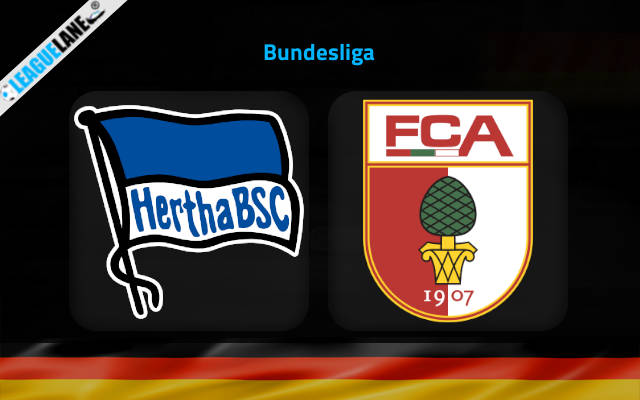 Augsburg are dreadful travelers but they will come into this in the highest of spirits after beating the likes of Bayern Munich in the previous round. Knowing how bad Hertha Berlin have looked in the final third lately, we are tempted to go for the low-scoring draw as the main betting prediction here.

Augsburg escaped the danger area in the Bundesliga standings after a shocking 2-1 victory over Bayern Munich last Friday.

Mads Pedersen and Andre Hahn bagged two goals in quick succession in the first half to stun the reigning champions and the current Bundesliga leaders eight days ago.

It was only the third victory of the season for the team led by Markus Weinzierl. Augsburg will thus travel to the capital for the 13th round clash against bottom-half strugglers Hertha Berlin in much higher spirits.

This match is huge for both teams with just a single point between them in the near distance to the red zone.

Hertha, on the other side, took only one point from the last three Bundesliga matches. Pal Dardai’s men have been struggling badly for goals of late.

The hosts notched only one goal in the last three league games. Dardai’s job could well be on the line in case of another slip-up here against direct relegation rivals.

Hertha Berlin will rely on Augsburg’s disastrous form on travels as the visitors took just two points from six games away from home this season.

Tips for Hertha Berlin vs Augsburg