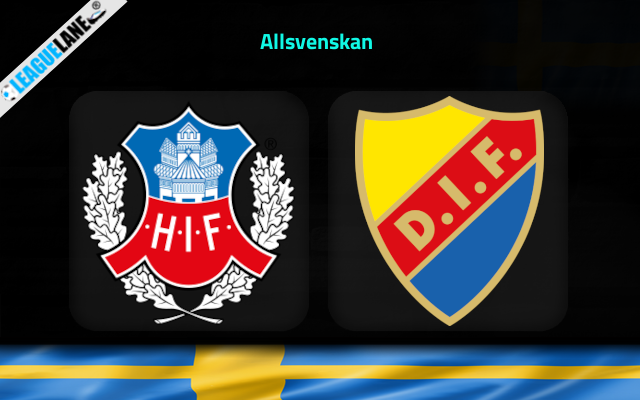 Helsingborg had a dreadful start to this season. Their poor recording resulted in their positioning at the bottom of the table. They have only won once and lost more than the number of games they have won and drew combined. Their poor offensive and defensive line-up adds more to the slump.

Helsingborg recorded a 1-1 draw at home against Kalmar in their most recent league fixture. With that defeat, they are currently having a streak of nine winless games in the league. Also, they have lost five of their past six league fixtures.

Meanwhile, Djurgarden had a decent start to this Allsvenskan season. They won seven, drew three and lost three of their total 13 league fixtures this season. With a total of 24 points, they are currently at the 2nd spot of the table. They will be hoping for a securing it and climb up to the top further.

Djurgarden recorded a 1-0 win against Hammarby at home in their most recent league fixture. With that win, they have maintained their winning run to three games. They will be hoping to add more of those positive outcomes to climb up to the top of the table.

The home run of Helsingborg is displeasing this season. They have only won once at home so far this campaign. Also, they lost three of the past 4 league outings at home.

On the other side, Djurgarden is unbeaten in three of the past 5 on road league outings. On top of that, they have a decent form against Helsingborg in their head to head clash at this venue.

Therefore, we back Djurgarden to seal a win from this Allsvenskan fixture against Helsingborg on Monday.