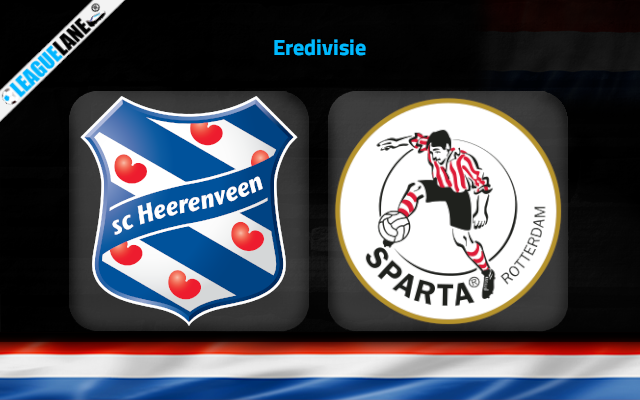 Heerenveen were having an average form throughout the past Eredivisie season. Their decent consistency allowed them to claim the 8th spot at the end of the season to play the Eredivisie Conference League Play offs fixture. They will be hoping for a delivering a much better performance this season.

Meanwhile, Sparta Rotterdam were having a disappointing form throughout the past Eredivisie season. Their unimpressive run resulted in their positioning on the table. They were at the edge of the relegation spot, escaping it for just a point at the end of the season.

By the looks of things, Sparta Rotterdam will travel to Abe Lenstra Stadion to face the hosts Heerenveen in their opening league fixture this season on Friday.

We can see Heerenveen recording decent displays in their pre season friendlies. They were mostly unbeaten in those warm-up outings. The positive displays recorded against outfits like Excelsior and Pec Zwolle is impressive enough.

Heerenveen were having an impressive form at home the past season. They extended it by sealing the same from friendlies. Following that, they will be hoping to add more of those by sealing a positive from the beginning of this season itself.

On the other side, Sparta Rotterdam were having an excellent form towards the end of the past season. They escaped the relegation spot by playing it really well at the end.

Rotterdam recorded the same in their friendly outings after the completion of the past season. They are currently having a winning streak for five games on the road.

However, we are more convinced with the current home form Heerenveen possesses. Hence, we back them to seal a win against Sparta Rotterdam on Friday.