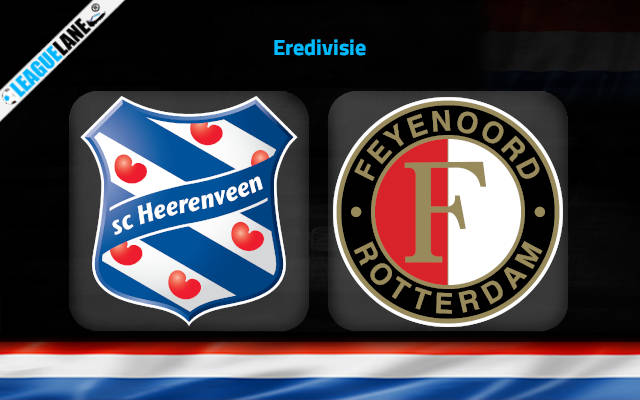 Suffering a loss last week, Feyenoord has slipped by a mark in the title race to which the only solution is by acquiring a victory in the upcoming fixture. Heerenveen is in an interesting form as of late and hopes to do the same as they host the visitors at Abe Lenstra Stadion this Wednesday. Being in the zone of Europa Conference League qualification, the visitors seek to extend their points in order to climb up to the top spot.

The Super Frisians reside at the 9th spot on the table with 25 points in hand. Of the 17 matches played, they won 7 of them while drawing another 4 games. They lost on 6 other occasions with conceding almost the same numbers as scored ones marking at 20:22.

Over the course of their past 6 matches, Heerenveen have given in only 4 while netting 8 in total. They have transformed into a good form as of recent, winning away to Cambuur by 2-1 in the latest league encounter and also not tasting defeat since the past 6 games.

The hosts are at 3rd spot on the table with 36 points. From the 17 games so far, they have won 11 times while the number of draws and losses stand 3 each. They have almost triple the scoring numbers when compared with the conceding ones standing at 39:17.

Feyenoord have been scored against in 5 of their last 6 games, seeing their opponents hit 7 goals in total while netting in 11 for themselves. After 9 games unbeaten, they finally surrendered to Ajax last week by 2 goals to nil.

The hosts haven’t won at home in the past 2 league matches while the visitors are undefeated in their previous 4 away league fixtures. We expect the visitors to own the Wednesday night as the home team displayed an atrocious home form this season, failing to win 6 of their 9 home games so far.