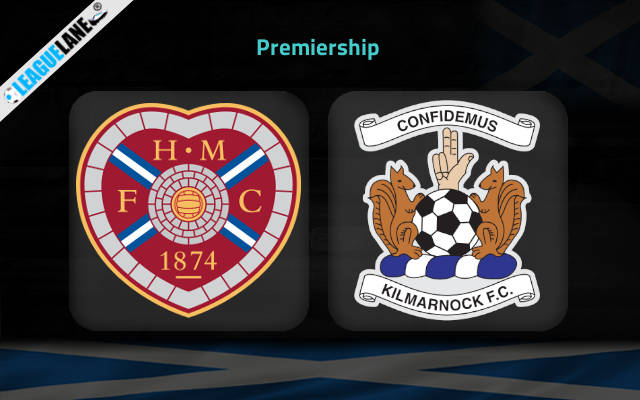 Hearts took only one point in the last two Premiership games before the World Cup break. They will be looking to return to winning ways on Saturday afternoon when bottom-half strugglers Kilmarnock come to visit the capital.

The Jam occupy the fifth position after the opening 15 matches of the season. They are just four points shy of third-placed Aberdeen at the moment.

The team led by Robbie Neilson played one friendly at the start of December when they suffered a tough 4-0 defeat at the hands of English Championship side Blackburn Rovers.

If we count both competitive and non-competitive games, Hearts have managed to find the back of the net just once in the previous three outings.

The bookies still see the Jam as big favorites to see off Killie in front of the home fans on Saturday.

It is easy to understand why because Kilmarnock have been by far the worst travelers in the competition so far in the season.

Derek McInnes’ men lost seven and drew one of eight away outings in the league this term, a record followed by a horrendous goal difference of 1-14.

However, Killie did move away from the very foot of the Premiership table thanks to a narrow 1-0 victory over Hibernian a month ago at Rugby Park.

Can their defensive line keep hold of Hearts’ out-of-form attackers on Saturday?

Hearts are 1.70 to get three points here but it is very hard to find the value there knowing they have lost five of the last six meetings with Killie.

We expect the visitors to park the bus and to get a big result with this strategy. Kilmarnock to win & Under 2.5 goals FT pick is paid at the 9.00 odds.