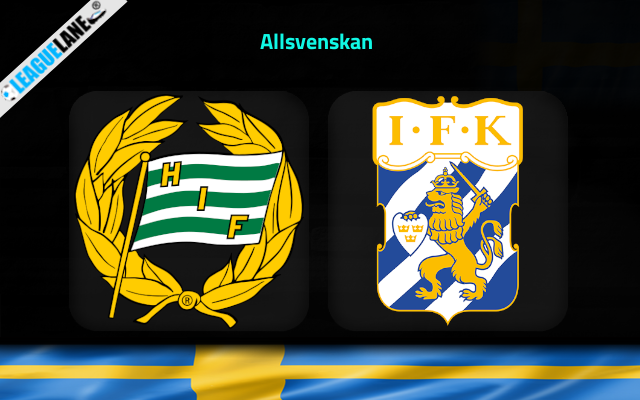 Hammarby had an impressive start to this season. They have recorded enough of unbeaten displays to occupy the fourth spot at present. However, their form is a bit worrying of late. Hence, they will be hoping to gain back their winning momentum by sealing positives from the upcoming league outings.

Hammarby recorded 1-0 defeat on road against Djurgarden in their most recent league fixture. With that defeat, they are following a winless streak of three games in the league. They will be hoping to better themselves by utilizing the home advantage in the upcoming fixture.

Meanwhile, Goteborg had a strong start to this season. Their unbeaten positive start in the first four league fixtures allowed them to occupy the safe zone spot of the table. However, they failed to maintain their strong run and which resulted in losing the temporary safe zone spot by a big margin.

Goteborg recorded a 2-0 win against Degerfors at home in their most recent league fixture. With that win, they are following a streak of three winning games in the league. They will only aim for extending the thread by adding more positive outcomes.

The home form of Hammarby is strong this season. They are yet to record a defeat at home. The current unbeaten run for six league games at this venue will only deliver them highest of spirits.

On the other side, Goteborg have a displeasing form on road lately. They lost three of the past 4 on road league outings.

On top of that, Hammarby have an impressive head to head form against Goteborg since many games. Therefore, we back Hammarby to seal a win form this fixture.