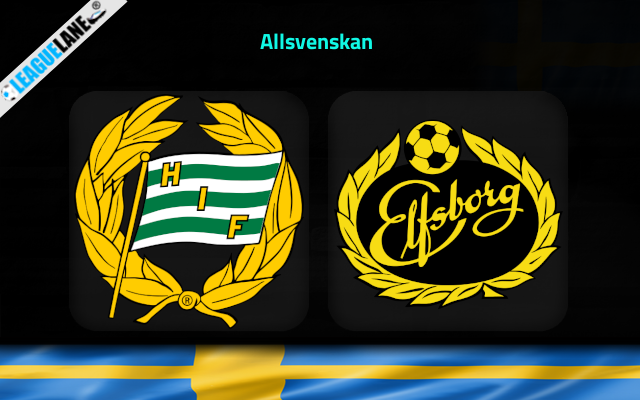 Hammarby had an impressive start to this season. They have recorded enough of unbeaten displays to occupy the fourth spot at present. However, their form is a bit worrying of late. Hence, they will be hoping to gain back their winning momentum by sealing positives from the upcoming league outings.

Meanwhile, Elfsborg had an average start to this season. They recorded the same further but have shown some improvements of late. Following their current set of unbeaten outcomes, they will be hoping to record a positive in their further league outings.

We can see Hammarby sealing a 3-0 win at home against Goteborg in their most recent league fixture. They were on the back of a three game winless streak before recording the above win. Therefore, they will be hoping to make that win count.

The home form of Hammarby is strong this season. They are yet to record a defeat at home. The current unbeaten run for seven league games including the one with Goteborg mentioned above at this venue will only deliver them highest of spirits.

On the other side, Elfsborg have recorded a 2-2 draw at home against AIK in their most recent league fixture. With that draw, they are now following a streak of five unbeaten games in the league. They will be having positive spirits to face their next league rivals following the above.

However, their form is not the same on road as they are following a winless form of three league games while playing away. They have only won one in their total six league outings on road so far this season.

In that case, we are left to back Hammarby to seal a win from this Allsvenskan fixture on Sunday.