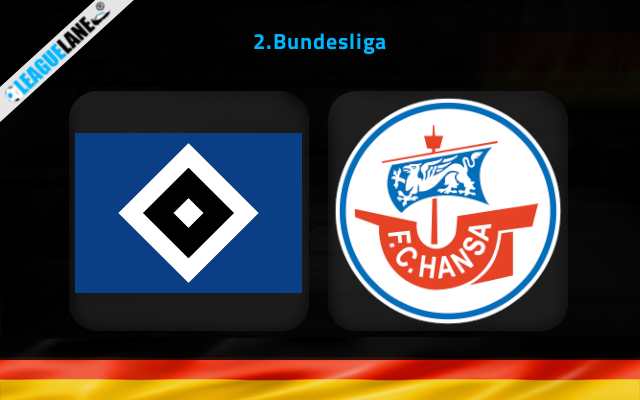 Hamburger SV had an impressive form throughout the past season. They lost the Bundesliga promotion spot for just two points. Their relegation battle with Hertha also ended up hopeless for them. They will be hoping to seal it this season by delivering better displays from the beginning itself.

Meanwhile, Hansa Rostock were having a disappointing form the past season. Their unimpressive run resulted in the positioning on the table. They were at the 13th spot, escaping the relegation spot with just two spots difference. Rostock will be hoping for a better run this season.

We can see Hamburger SV recording an extension to their past season’s impressive run. They recorded a 0-2 win against Braunschweig on the road in their most recent league fixture. We can also see them recording positive displays from their pre season friendlies.

Hamburger SV were having a decent home form the past season. Except for a friendly outings, they have not played any game at home since the completion of the past season. Anyways, they won that friendly clash with a 4-3 ft score against Aris.

On the other side, Hansa Rostock had a disappointing start to this season. They recorded a 0-1 defeat against Heidenheim at home in their first league fixture.

Rostock succeeded in recording positive displays in their friendly displays played on the road of late. But their recording to the competitive clashes are not that impressive. They are currently having a winless streak for three games on the road.

Therefore, we are convinced enough to back Hamburger SV to seal a win against Hansa Rostock on Sunday. They looks to have a better form in both league and head to head recordings of late.