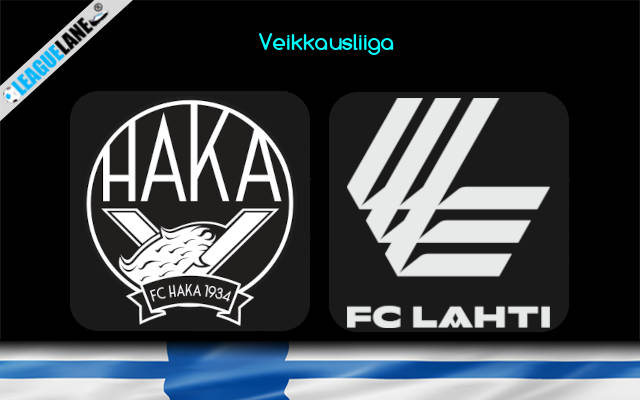 Haka seems to be in a bit of trouble with their form in the recent matches. The team is winless in the last five matches affecting the team’s standing on the table. Because of their poor performance, the team has moved down the table to the bottom half as the seventh positioned team with ten points to their name. From the last nine matches, the team has got three wins, one draw and five losses.

Haka played their last match against HJK. Even though Haka had scored the first goal, they couldn’t maintain the lead for long. HJK came from behind to score four goals, ending the match in a loss for Haka with 4-1 FT score.

Lahti has played poorly in their matches this season. They have secured a win in only two of the matches so far. In the remaining matches, the team has got two draws and five losses. The poor form has affected the team’s standing, staying at the bottom half since the start of the season itself. Currently, they are ninth on the league table with eight points from the matches.

Lahti played their last match against Oulu. In the match, Oulu scored two goals while Lahti could score none. The match end with 0-2 FT score.

Haka and Lahti seem to be in a hiccup with their form. The hosts have not secured win in the last five matches while Lahti is unbeaten in the last three matches.

Haka has played four matches in their home ground. They had secured wins in the first two home matches this season. However, they are unbeaten in the last two home matches. Lahti has got similar results in their away matches. They have won in two, drawn in one and lost in one.

Even though Haka has performed poorly in the recent matches, we can expect them to get back in form at any time. So, I believe the match will end in a win for Haka. Both teams have scored and conceded goals in most of their previous matches as well.