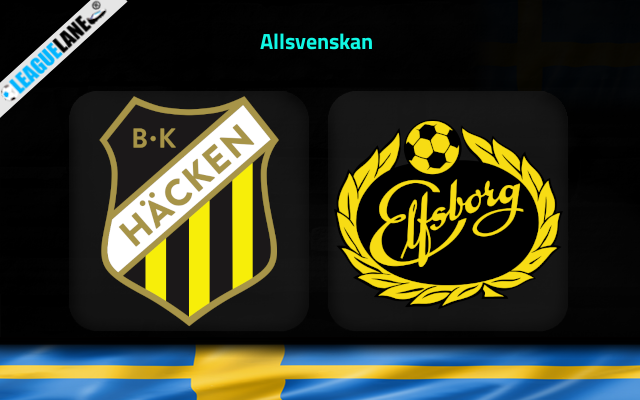 Hacken recorded a 2-2 draw on road against Hammarby in their most recent league fixture to wove a thread of eight unbeaten games in a row. The above recordings with the top spot possession and the aid of home advantage will make them desperate to extend it.

Meanwhile, Elfsborg had an average start to this season. They recorded the same further but have shown some improvements of late. Following their current set of unbeaten outcomes, they will be hoping to record a positive outcome.

Elfsborg recorded 4-1 win at home against Varnamo in their most recent league fixture. It was their fourth unbeaten recording in the past five league outings. They will be hoping to add more of those, possibly a positive which helps them to climb up the table in pace.

The current home run of Hacken is highly impressive. They are following a winning thread at home for three games. The offensive line-up have scored three or more goals in each of those three positive home outcomes.

On the other side, Elfsborg are having an inconsistent form on road. They are winless in four of the past 5 league on road outings. Their defensive side have leaked a couple of goals in each of their past two league away matches.

Analyzing all the above stats, we are left to back Hacken to seal a win from this fixture against Elfsborg on Sunday.