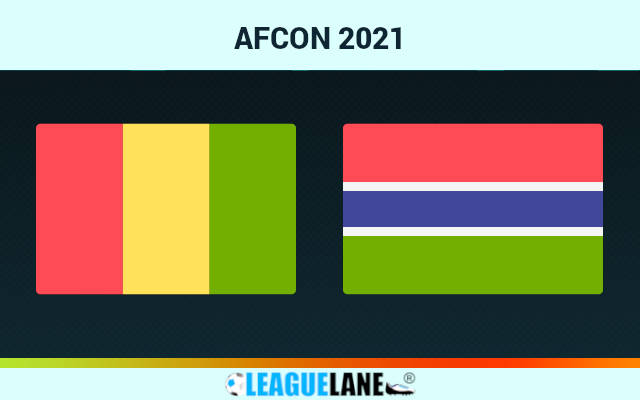 Guinea and Gambia will face each other for securing their position in the quarterfinals in AFCON on Monday at Bafoussam.

Guinea has moved on to the group of 16 after being in second position on the group stage. They played their last match against Zimbabwe. Guinea failed to score an equalizer in the match ending the match with 2-1 FT score.

Gambia passed the group stage as the second in the group table. They had the same points as the first positioned Mali. They played their last match against Tunisia in which they scored the only goal in the match and achieved a win.

Guinea has only won their first match in the group stage in the tournament. They were out of the competition in the group of 16 in the last season and will look to go further up in this season. The team will also look to make up for their loss against Zimbabwe with a win in the next match. With only one draw in this season, the team has won in the rest of their matches. Gambia has netted against their opposition in all their matches in the tournament this year. They have proved themselves to be a valuable team in AFCON this year.

The teams have not faced each other in any tournaments before this match.

Guinea has not been the best of the performers’ African Cup of Nations. They have only won in one of the matches in the tournament. With tough matches coming up in the upcoming matches, the team will have a difficult time in their matches. However, they have the advantage of playing in their home ground where the team has won in the match.

Gambia is unbeaten in their matches this year. The one draw in the match stopped the team from earning a 100%-win tally. However, both teams have scored in their previous matches and are likely to do so in the upcoming match as well. I believe, by the end of full-time match is likely to end in a draw by the end of full time or in a win for Guinea.