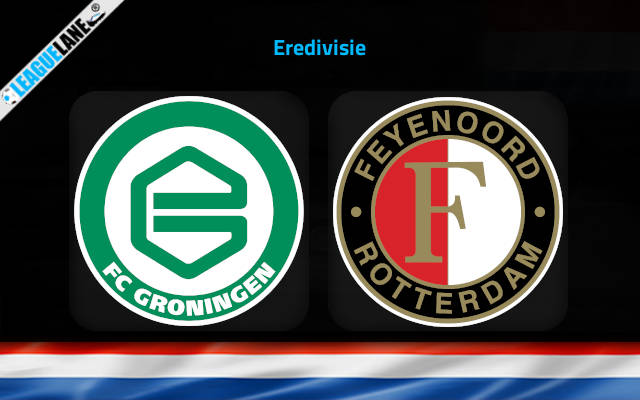 These two teams have traditionally played tight low-scoring games when they came across each other in the past. Groningen had just one shot on target in the previous round’s draw to the rock-bottomed PEC Zwolle, while Feyenoord played a goalless draw at Twente in their previous away game in the league.

Feyenoord travel to Euroborg to take on Groningen in one of the most interesting games of the Matchday No 16 in Eredivisie.

The bookmakers see the visitors as massive favorites here, but we would be careful knowing that Groningen have lost only one of seven home fixtures this season.

They have won two and drawn one of the last three in the process. However, the head coach Danny Buijs can by no means be satisfied with the team’s performance in the last weekend’s 1-1 draw to the rock-bottomed PEC Zwolle.

Groningen had just one shot on target in that match. This will be the music to the ears of Arne Slot whose Feyenoord are enjoying a great spell of form these days.

The visitors sit just one point shy of Ajax at the top of the league table after 15 rounds. They will go into this on the back of a demolishing 5-0v victory over Fortuna Sittard in the previous round.

Nevertheless, Feyenoord did win just two of the last four away fixtures in the league. They were held to a goalless draw by Twente in the previous game on the road.

Tips for Groningen vs Feyenoord