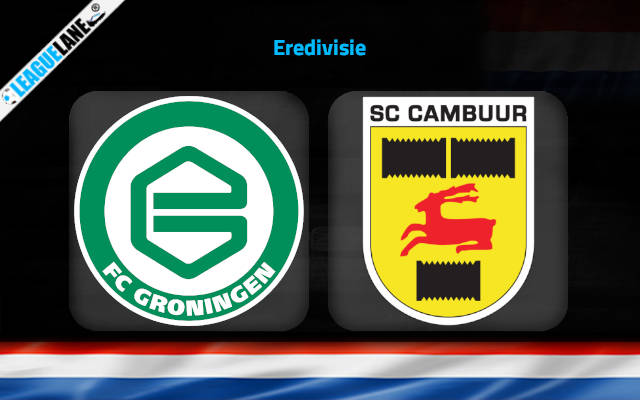 With only one game remaining to end this season, Groningen will host their fellow neighbor SC Cambuur hoping to end the season with a win. These two sides will lock horns at Euroborg, this Sunday.

Groningen is at the 11th spot on the standing with 36 points from 33 games. They won and drew 9 times each while having lost on 15 other occasions. The hosts have been pretty awful since the second half of the season as they have lost all of their previous 6 games in a row coming into this one.

FC Groningen will be hoping to return to winning ways here following the 3-0 Eredivisie defeat last time out to FC Twente. That defeat marked their 6th league loss in succession. They only scored 4 from their last 6 league fixtures.

On the other hand, Cambuur resides just below at the 12th position on the table with 36 points. Of the 33 matches played, they won 10 times in the league while drew on 6 and lost on 17 other occasions. They have nothing to play for in this dead rubber of a match on Sunday night as they could neither get a European spot nor will fall into relegation at this point.

In their last fixture, SC Cambuur drew by 1-1 in the league match with Willem II. That tie was their third in succession after 3-3 to Heerenveen and 1-1 to Waalwijk. They have been scored against in all of their last 6 games, seeing their opponents hit 10 goals overall.

Groningen come here on the back of 6 consecutive league defeats. But they have not lost a league tie with Cambuur in their previous 4 games. They also lost the last 3 home games in a row.

Meanwhile, Cambuur haven’t won away from home in the past 8 league matches of which 5of them ended on defeats. They also come here on the back of 3 straight league ties.

Since both sides are equally weak, we feel that a draw or win for Cambuur seems to be the safe option to bet here.