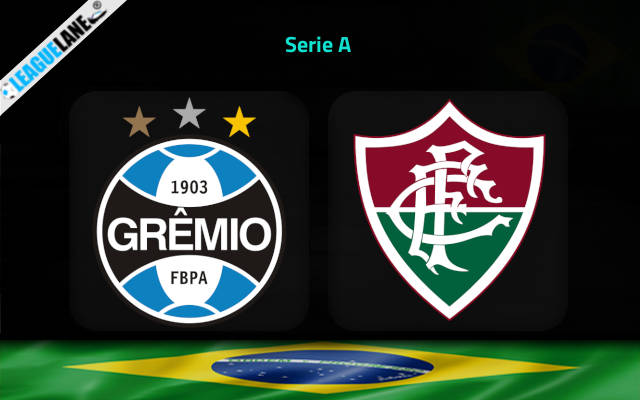 This is a huge match for both Gremio and Fluminense. We expect tension and drama in a clash between two defensive-minded outfits. Neither manager can afford a failure here, meaning we shouldn’t expect either to take some risks on Tuesday. Backing a low-scoring match has to be the way to go.

Gremio and Fluminense are about to lock horns in the first game of the Matchday No 31 in the Serie A on Tuesday evening in Porto Alegre.

The match has a huge importance for both teams, especially the hosts who are desperately searching or the salvation points.

Gremio sit second from bottom and as many as nine points below the safe zone line with just eight games left to play.

They do have a game in hand on most of the relegation rivals, but the team led by Vagner Mancini desperately need to turn their fortunes around to avoid a humiliating drop to the second division.

Gremio mane a managerial change a month ago when Mancini took over Luiz Felipe Scolari but the team have won one and lost four league matches since.

The latest defeat came on Saturday night when Mancini’s men fell 1-0 away at Internacional.

Fluminense, on the other side, are looking for the points to take them inside the top six in the Serie A standings (a place in the Copa Libertadores next season).

They are five points shy of the 6th-placed Corinthians and can ill afford a slip-up against the team that have just lost four on the spin in the competition.

Fluminense earned a big three-pointer on Saturday by scoring the late stoppage-time winner against Sport Recife (1-0 in the sixth minute of the added time).

Tips for Gremio vs Fluminense