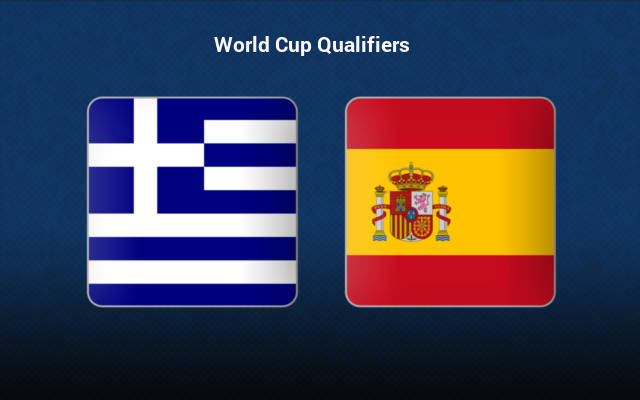 The Spaniards are trailing by two points below the top-most spot, with just two games remaining. It goes without saying that need to win this upcoming fixture, in order to be in the hunt to become the group champions.

The third-placed Greeks might have delivered a good campaign so far, but they are trying to bite off more than what they can chew here. The determined Spain squad are going after the three points, and once they get going, no team in the world could be able to stop them.

Expect a dominant win for the 2010 World Champions this Thursday.

Greece lost 2-0 on the road the last match-day, against Sweden. They are also placed third in the table, and need a surplus of four points at the least to climb to the second position.

While the top-most team gets a direct ticket to the World Cup, the second-placed team will have to go through another set of Qualifiers.

As such, the Greeks are desperate for a win here, while the Spaniards could keep their hopes alive even with a draw.

This is kind of the perfect setting for Luis Enrique’s men. The under-pressure Greece will have to go after the win, and the Spaniards could just take advantage of the spaces left at the back.

Moreover, they have been in great form all through this tournament, and also have a great h2h record against this foe.

By the looks of things, expect a compelling win for Spain this Thursday.

Tips for Greece vs Spain