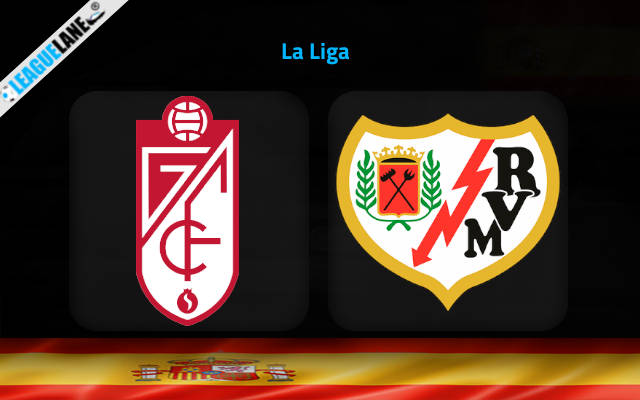 Granada celebrated a huge 2-3 victory over Alaves in one of the most important games of the season two weeks ago at Estadio de Mendizorroza.

It was a massive result for interim manager Ruben Torrecilla who took over Robert Moreno on March 6th. Torrecilla is now at a record of one victory and a defeat each from two games.

More importantly, Granada are now out of the danger zone as they sit two points clear off 18th-placed Mallorca.

They have shown fantastic team spirits to come from behind in a very complicated clash with direct relegation rivals Deportivo Alaves before the international break.

Granada will now be looking to back up this win on Sunday afternoon when they host out-of-form Rayo Vallecano in the 30th round of La Liga.

Rayo will travel to Estadio Nuevo Los Carmenes in low spirits after a streak of nine consecutive games without a defeat.

Andoni Iraola’s men, who enjoyed a fabulous first half of the season when they were even in contention for European football, suddenly lost the attacking creativity.

Rayo Vallecano managed to find the net only once in the previous four league outings. They are on a dreadful thread on travels where Iraola’s squad took just one point form the last nine La Liga games.

Rayo Vallecano scored just one goal in the last five away outings in the league, shipping two in each of them in the process.

This is an ideal opportunity for Granada to terminate their unpleasant run in the head to head affairs with Rayo Vallecano.

The visitors lost eight and drew one of the last nine La Liga matches on the road. Granada desperately need points and they will enter this tie on a high after a massive win at Alaves. The home victory is worth backing at the odds of 2.60.