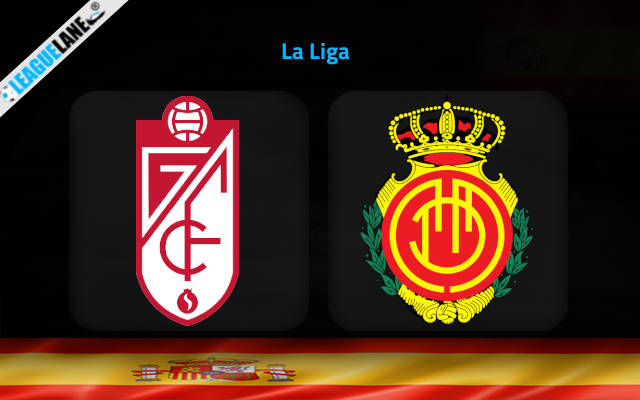 This is a clash between two evenly-matched sides who have played a lot of draws of late in general in Spanish top tier. Granada will rely on tradition, but they could struggle to break the stubborn defense of Mallorca’s here. The Under 2.5 goals FT is the best betting option you can take for this tie.

Both teams enter the tie in a similar form, off the back of respective streaks of two draws and a win in the last three league outings.

Granada moved away from the relegation zone thanks to five points from the last three affairs.

They probably deserved more from the last weekend’s 1-1 draw at Cadiz, although the team did secure that one point only after a late equalizer from Jorge Molina.

Mallorca, on the other side, drew 0-0 at home to Celta Vigo in the previous round.

It was a modest performance from the team led by Luis Garcia as they registered no more than a single attempt on target on the occasion.

Nevertheless, Garcia can be thrilled with Mallorca’s defensive shape going into this tie against Granada.

The visitors shipped just one goal in the last three league matches, despite playing the likes of Atletico Madrid in the process.

As a matter of fact, the team’s lone win in this run came just against Atletico Madrid at Estadio Wanda Metropolitano (1-2).

Tips for Granada vs Mallorca