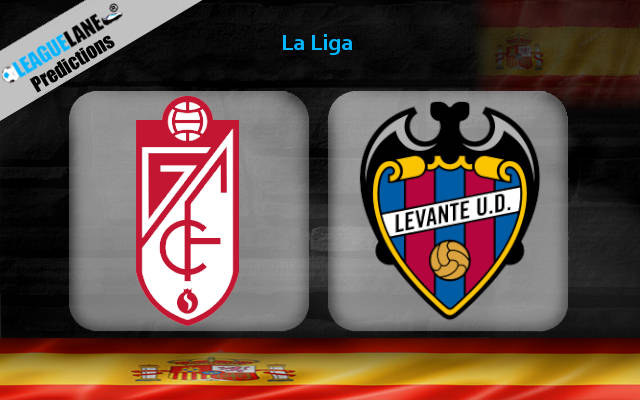 Granada will try to build on their last three unbeaten games in the league to climb further up in La Liga table this season.

The host has picked up 13 points from six appearances and is at the third spot in the table as it stands. Having lost only one of their clashes so far, they will host on the back of a 0-1 win on the road against the likes of Getafe last time out in the schedule.

Levante is near to the bottom of the table with just 4 points from their six league clashes this season. The visitor has been winless for the past four fixtures in their schedule, with three consecutive losses in it.

They will visit after a 1-1 draw at home with Celta Vigo in the previous encounter in the league schedule.

Granada has a lot only one of their six clashes in the league this term in the schedule. The host enjoys the ground advantage, and the five-game winning streak at home backs their use of the advantage in the middle for the upcoming clash.

Levante has lost three of their last four outings in the schedule lately. Their last two away fixtures saw them failing to even score a goal in the fixtures. Hence, with a poor away form, the Frogs cannot trouble the home team’s defense in the encounter.

The draw no bet over Granada will probably be the safest bet for the punters to yield decent returns as their h2h history shows the Nazaries caught off guard in recent clashes with the visiting side.

Since 2015, all the h2h meetings between these two sides have seen both teams score. Along with that, all those clashes have produced at least two goals in each of them.

Now that the visitor has a poor form in the league, the chance of BTTS is rare, but we can expect the match to produce at least a couple of goals as Granada has averaged 1.3 goals in the campaign this season until now.

Besides, Levante has conceded 11 goals in their 6 appearances so far this term, which opens the doors for the home team to slot in a couple within ninety minutes. So, the tip for over 1.5 goals will probably be the best bet for the punters in the encounter.