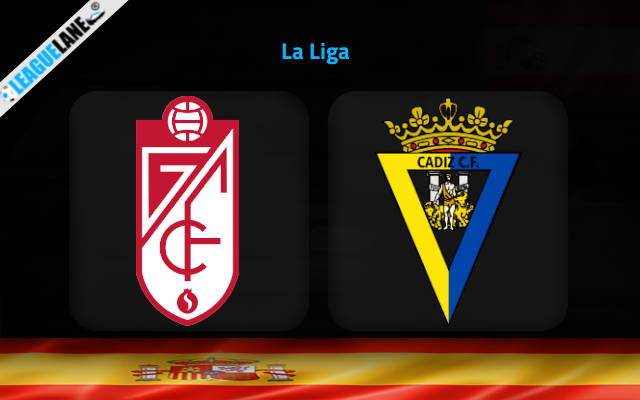 Granada are easily the absolute worst team in the whole of Spanish top flight at the moment. They are on a long losing streak, and are conceding goals in huge numbers.

They are already placed 17th in the table, and if they keep up this charade for some time more, there’s no doubt that they would be a contender to get relegated at the end of the campaign.

Meanwhile, this is an opportunity for Cadiz. They have had their fair share of struggles, but they are comparatively far better. And even though they are placed 18th in the table (below the relegation cut-off), they need a surplus of just four points to clear it.

Moreover, they are locking horns with a direct competitor (to avoid relegation), and a win this Monday will reduce the gap to one point.

As such, this is an important game for Cadiz. Count on them to grind out a win this Monday, against the struggling Granada.

Granada lost 1-4 at home the last match-day, against Villarreal. They are on a five-fixture losing streak, and they had also remained winless in their past seven games in a row.

Going on, they are completely winless in 2022, in all competitions, and right from the start of the campaign, they have been letting in goals in huge numbers.

On the other hand, Cadiz were held to a 1-1 draw the past game week, by Getafe. They were unbeaten in five of their past seven overall fixtures, and they had also remained invincible in five of their preceding eight road trips.

Considering these observations, and past h2h stats, expect Cadiz to have the upper hand this Monday.

However, both these teams are desperate, and relegation-battlers. These two also have poor defenses. As such, anticipate goals in plenty too.

Tips for Granada vs Cadiz