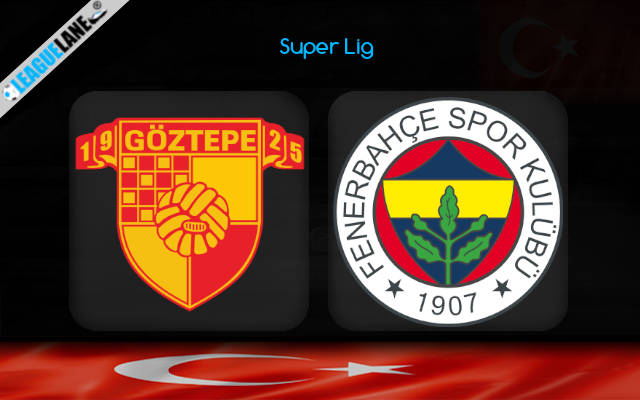 Goztepe enter this match after a 1-1 Super Lig draw versus Kayserispor. They are currently in the relegation zone and a much needed victory is wanted in order to sustain from getting relegated. Since tasting defeat last time out to Olympiacos in Europa League competition, Fenerbahce will be aiming to make amends as they visit Gürsel Aksel Stadyumu this Monday.

The home team sits at the 18th spot with 10 points. Of the 13 matches played they won only 2 of them while drawing 4. They lost 7 matches and is at the third last spot on the table.

It’s been a rare occasion in recent times that they have shown defensive steel. The facts show that they scored against in 6 of their previous 6 matches, letting in 8 goals on the way. Their last match ended in a 2-1 victory against Galatasaray.

The visitors are at the 5th spot and one step away from the zone of Europa Conference League. They have 23 points from 13 matches. They won 7 games while drawing 2 and losing 4.

They scored against in 5 of their last 6 games, conceding 8 goals in total. Defensively, they certainly have room for improvement. They have drawn the last game against Kayserispor.

Both the team have only won one of their last 5 Super Lig games while the home team are in a downfall in 4 games while a recent victory for the visitors certainly improved their confidence.

Goztepe is in very poor home form while Fenerbahce are performing excellent at away schedules. So far this season in the league, the hosts have averaged 0.5 points per game at home matches while the visitors have acquired 1.71 points per game at away matches.

The hosts have failed to keep a clean sheet in their last 21 games which includes 10 home games. We envisage a victory for away team this Monday.