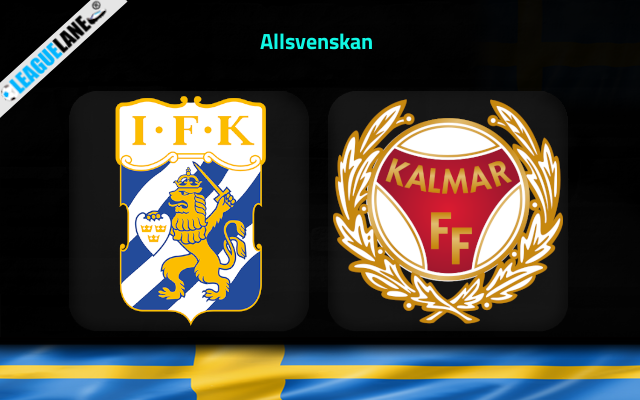 Goteborg have managed to occupy at the edge of the safe zone with decent results from the first five league fixtures this season. They have a total of 10 points to sit at the 4th position. Their offensive and defensive looks to have a decent momentum.

Goteborg recorded their first negative display of this season in their previous match-day against Malmo on road. They were on the back of four unbeaten fixtures before recording the above defeat. They will be hoping to return back to the winning ways with the aid of home advantage in their upcoming league fixture.

Meanwhile, Kalmar had an average start to this season. They won two and lost three of their first 5 fixtures this season. With a total of 6 points, they are currently at the 11th spot of the table. They have an average offensive and defensive line-up too.

Kalmar recorded a 1-2 defeat at home against Norrkoping in their most recent league fixture. With that defeat, they are currently having a streak of two defeats in the league.

Goteborg are unbeaten in each of their two league fixtures at home this season. When looking at the past 10 home fixtures, we can see Goteborg remaining unbeaten in 8.

Comparing the form of both these outfits, we are in favor of Goteborg as they possesses a better overall form so far this campaign. Therefore, we back them to seal a win when they both meet in an Allsvenskan fixture on Monday.