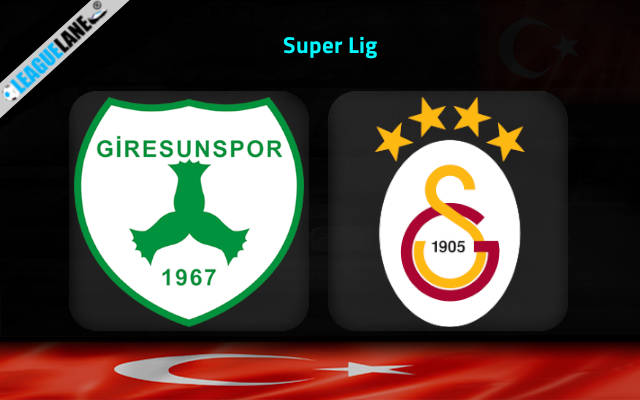 Giresunspor vs Galatasaray Predictions and Free Tips from our expert tipsters when the teams go head-to-head in Super Lig on Saturday, 28 January 2023.

League leaders Galatasaray will aim for their fifteenth win of the season as they will clash with Giresunspor, for their final January fixture. They defeated Antalyaspor by 2-1 last time and manager Okan Buruk will expect a similar result.

Goalkeeper Onurcan Piri showed his quality as Giresunspor held Adana Demirspor to a draw last time. They are yet to win a single game this month and the chances are low that they will win against the league leaders.

The host won both fixtures of last year by 1-0. Do note that Galatasaray won the previous meeting at Cotanak Stadyumu by 2-0.

Another interesting fact is that the visitors have the best winning form in their away trips in the league this campaign.

Who will win the match between Giresunspor and Galatasaray?

Giresunspor will have a difficult time against the league leaders. Okan Buruk and his men are on a five-game winning streak presently. Therefore, we can expect Galatasaray to take all three points from this game.

The visitors have scored at least two goals in their last five wins. Despite being at the bottom half of the table, the host have scored consistently in their last two matches. Considering all of this, we can expect both teams to find the back of the net in this match.

Moving on, a good second tip to follow up would be to back on both teams to score– at 1.72. Back in 2022, the host managed to score two goals against this team. Also, they have scored three goals in their last two outings. Moreover, Galatasaray are in excellent goal-scoring form.