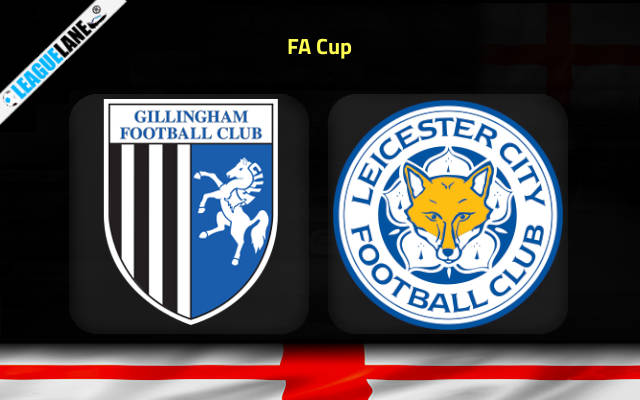 Gillingham vs Leicester Predictions and Free Tips from our expert tipsters when the teams go head-to-head in FA Cup on Saturday, 07 January 2023.

Leicester are not in a good shape in the Premier League. They made decent progress in the last two months. However, against top teams they are struggling to win. Following their narrow 1-0 defeat against Fulham, they will now prepare for the third round of the FA Cup.

Gillingham have performed poorly in League Two this season. They have lost more than half of their fixtures till now. They defeated Dag & Red last month to reach the third round of this competition.

Both teams will be meeting after a period of eighteen years. The visitors have won three of the last four encounters.

Leicester have won four of their last five outings in their away trips. This is one of the reasons why they are not in the relegation zone.

Who will win the match between Gillingham and Leicester?

The visitors will most likely advance to the next round of this competition. The main reason is that the host are one of the most underwhelming teams in League Two. Till now they have played against teams from the lower divisions to reach this round. Hence, they will face difficulty against a Premier League team.

Despite being in the middle of the table, the visitors have scored at least two goals in their last three away wins. We can expect the same pattern to follow up this time as well.

The host have scored earlier in this competition against Dag & Red and AFC Fylde. We can expect both teams to score in the third round.

The visitors defeated MK Dons in the last round by 3-0. Also, they have scored a minimum of two goals in their last three away wins. Another interesting fact is that Gillingham have been knocked out in five of their last six FA Cup third-round ties. Therefore, we can back Leicester to win this game by 2-1– at 10.00 odd.

Our second tip is that Both teams to score – the odd for this tip will be at 2.25. Gillingham have scored consistently in this competition since the beginning. Also, the Foxes managed to score one goal against Liverpool recently.