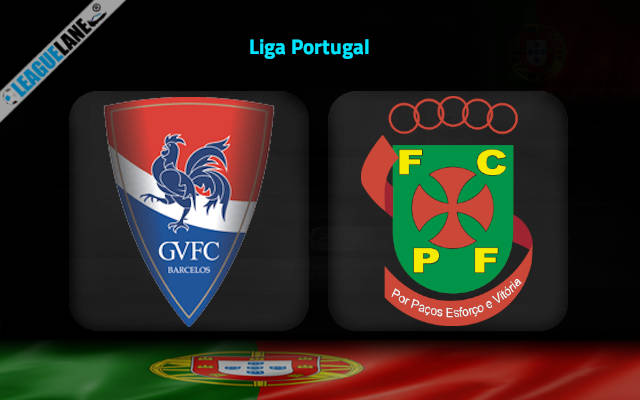 Gil Vicente and Pacos de Ferreira will complete the opening round of the 2022/23 Primeira Liga campaign on Sunday evening with the clash at Estadio Cidade de Barcelos.

Gil Vicente enjoyed one of the best seasons in club’s history last time out when they finished fifth in the Primeira Liga ladder.

They thus even secured a place in UEFA Europa Conference League where they made debut on Wednesday evening, playing a 1-1 draw to Riga.

Ivo Vieira’s side did not quite shine in the first leg of the third qualifying round in the European competition as a stalemate against the Latvian opposition can hardly be considered a strong result.

Nevertheless, there are no doubts the players will have the rematch against Riga very much in mind as it is scheduled only three days after this tie against Pacos de Ferreira.

The visitors, on the other side, finished the previous Primeira Liga term at the 11th position. They were safe enough from the relegation scrap, but there is nothing to suggest an improved campaign this time around.

Pacos de Ferreira had a disappointing thread of results in the pre-season, winning just one of four exhibitions against the likes of Moreirense, Rio Ave, Santa Clara, and Vizela.

Interestingly, both Gil Vicente and Pacos Ferreira have faced Vizela in their final pre-season friendlies. While Gil Vicente snatched a 3-2 victory, Ferreira lost 1-2.

Gil Vicente are the bookies’ favorites here, but they do not have enough depth to play on two fronts at the moment. Ivo Vieira may even rest some of his players for the reverse fixture of the clash against Riga in the Conference League qualifications.

This is why we fancy the 3.40 odds offered for the draw here. Punters who prefer safer options can go with the Under 2.5 goals FT bet at the 1.75 odds.