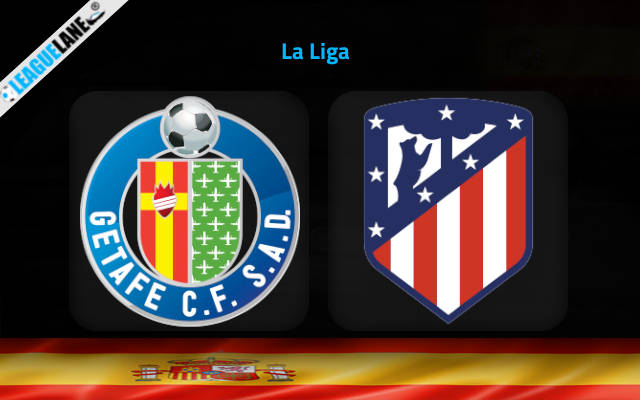 Atletico Madrid will enter the new La Liga season in the highest spirits following some impressive displays in the recent friendlies.

Diego Simeone’s men were unusually inspired offensively in the recent pre-season checks. They have also bagged four goals against Numancia and Cadiz each and they have dispatched Manchester United 1-0 in the meantime as well.

Atletico Madrid will thus be hoping to maintain the impeccable pre-season form into the new La Liga campaign.

They should have a nice chance to do so on Monday against Getafe who have been far less impressive in their tests this summer.

As a matter of fact, Getafe are winless in the previous five summer exhibitions. Unlike Los Colchoneros, Getafe have been struggling badly to create clear-cut openings up front this summer.

Getafe have scored just one goal in the last five outings and it has come in a 1-1 stalemate to FC Cartagena four weeks ago.

Getafe ended pre-season with back-to-back 0-1 defeats to the likes of Elche and Albacete. Quique Sanchez Flores and his troops will, however, hope they can use the home court advantage here knowing that seven of their eight wins in the entire last season have come at Coliseum Alfonso Perez.

Atletico Madrid have been impeccable in the pre-season and they will enter this season opener in much higher spirits than their counterparts who are winless in the previous five outings.

Knowing that Los Colchoneros have also won nine and drawn one of the previous ten H2H encounters with Getafe, we have no other option but to back the visitors to win at the 1.90 odds.