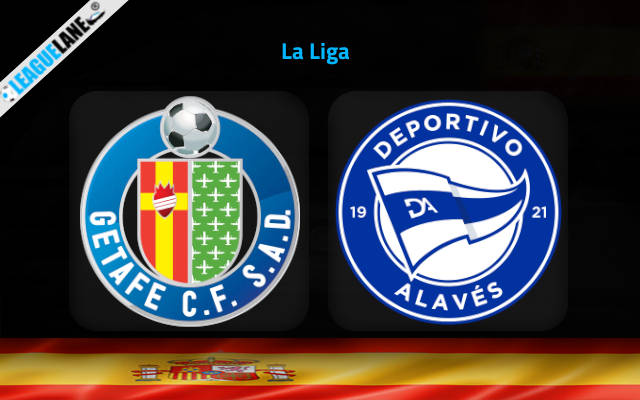 Alaves is second from the bottom and lost the last league fixture thereby suffering the shadow of relegation. They won only once from the last 5 league appearances and have lost the remaining four.

Getafe is 6 points clear of relegation but have struggled to find a win since the last two games. Hoping to return to their winning ways, the hosts welcomes Deportivo Alavés to their home of Coliseum Alfonso Perez this Saturday for the 26th round of LaLiga.

Azulones is at the 15th spot on the standing with 26 points from 25 games. They won 6 times in the league while drawing on 8 and losing 11 other occasions. They scored 24 in total while conceding a sum of 28 till now in the league.

Quique Sánchez Flores’s men have found the net a sum total of 11 times over their past 6 outings. The number of goals that they have conceded during that same time stands at 8.

On the other hand, Alaves resides at the 19th position on the table with only 20 points. Of the 25 matches played, they won and drew 5 matches each while losing on 15 other occasions. Their total goals to conceding ratio stands at 19:42 showcasing their far from perfect defense.

After a 2-1 win against Valencia, they lost to the table toppers, Real Madrid last week by 0-3. They have been scored against on 5 of their last 6 matches, letting opponents get 12 goals overall. At the back, Alaves seem to have a bit of a soft underbelly.

Both of these teams drew the last 5 meetings in a row. The hosts are unbeaten in their previous 7 league matches at home meanwhile the visitors are without a win away from home in their last 8 matches in the league.

We anticipate a home win this Saturday as the hosts won the last 4 games played at home. Also the visitors won only once on road considering the 12 away games played this season.