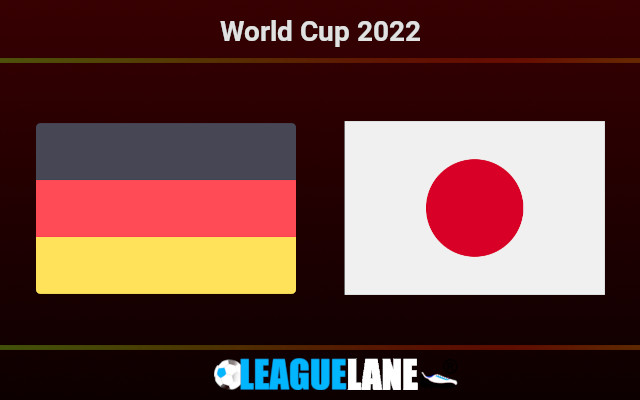 Group E is about to be the scene for some thrilling moments, with former world champions constituting half of the teams. Germany need to make sure that they start their campaign on a great note, against Asian counterparts, the Japanese.

The four-time world champions had an year to forget in 2018, as they crashed out of the First Round, in the previous edition of the competition.

They had a relatively easy group the last time around – with the other three squads being Sweden, Mexico, and South Korea. However, not only did Die Mannschaft get eliminated in the group stages itself, but they finished dead-last in the table too.

The face of embarrassment of Manuel Neuer is still fresh in the memory of fans, as he unsuccessfully attempted a piece of skill in the midfield in the dying moments of their final game.

The former champions need to make amends. Also, this is possibly the final trip to the grandest event in football for some of their veterans. They need to have one lasty hurray before they hang up their boots for the good.

But do note that the Japanese are no mean opponent. They made it to the Round of 16 in the last edition, after finishing second in their group – just below Colombia.

And due to their unluck they had to run into the Belgians, against whom they had to bow out. But not before the team gave a run for the money to Belgium. It for not the miraculous 3-2 comeback scripted by the Belgians after going 0-2 down, there is no telling what the Japanese might have accomplished.

As the Asian heavyweights take on the 2014 champs, expect a fierce encounter. But experience, and frankly talent, side with the Germans. Moreover, they are wounded beasts. They have scores to settle. Count on Germany to deliver a hard-fought win in their opener in the Qatar World Cup.

With Spaniards in the same mix, Germany will be determined to start their campaign with an emphatic win. They also view this as an opportunity to become the joint-most successful team in world football, along with Brazil.

They went through the qualifiers as if it was not even a challenge for them. They surely have the upper hand this Wednesday, against the comparatively inexperienced Japanese. Moreover, Japan might be heavyweights in the Asian region, but this is a totally different ball game.

And to make matters further worse for the Samurai Blues, they have an inferior h2h record against this opponent.

Likely, expect a win for four-time champions Germany at the Khalifa International.

Going on, all eyes will be on Thomas Muller, as the lanky striker tries to surpass countryman Miroslav Klose at the top of the list, in terms of goals scored at the World Cup. The Bayern Munich front-man needs six more goals to get to the top.

And be quite sure he will be hunting down this target with single-minded focus, after the embarrassment on 2018.