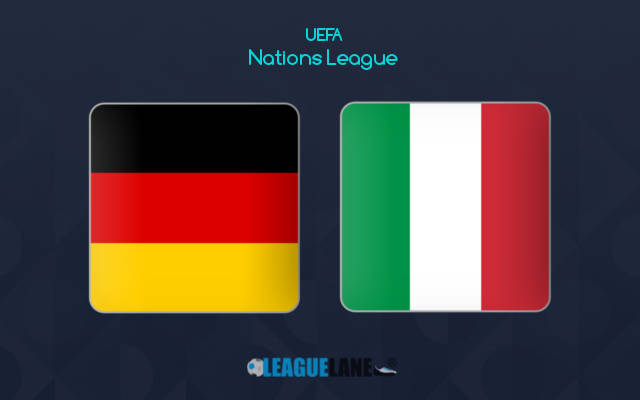 The Italians might be going through a difficult stretch at the moment after having missed out on a second successive World Cup. But they are in their rebuilding phase and it seems like they are on the right track.

Even though they were low on confidence at the start of the tournament they have managed to shoot straight to the top of the table and that too with an unbeaten run.

With half of the group stage almost over, if they are able to deliver a good performance this Tuesday, they will be the odds-on favorite to make it to the semi-finals.

But they will have to take on a familiar opponent in the Germans and that too on the road. By all means it is not going to be easy for the Azzurri.

At the same time, the Germans have failed to register a single win so far in the tournament and it is not looking good for a team that considers themselves as contenders for the upcoming World Cup.

More than their chances in the Nations League, they will have to build confidence back and for that the remaining fixtures in this tournament will be helpful.

They will have to go all out against the Italians and try to register their first win in the competition.

It goes without saying that the encounter is going to be fierce, especially since the two squads share a long history of rivalry. And since either will be going for the win, it is expected that goals will come from both ends of the field at the Borussia Park.

The Germans might be winless in the tournament so far but it needs to be mentioned that they are unbeaten in the past 12-month period. After having been eliminated by England in the round of 16 in the 2020 Euros, they went on an 8-game winning streak and scored goals in plenty in the process.

Meanwhile, though the Italians went ahead and won the Euros, life has not been kind to them since then. Not only did they lose the play offs and thus a spot in the World Cup, but they also lost the Cup of Champions against Argentina.

Their new blood will be eager to prove themselves in this international stage and they have the luxury to play without pressure.

As things stand, expect both teams to find the back of the net at least once this Tuesday.

Tips for Germany vs Italy