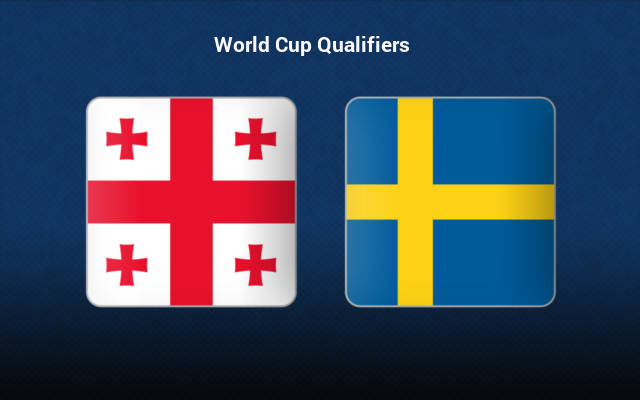 Sweden is currently top of Group B of the World Cup qualifiers – Europe. They would be looking to go into the final matchday of the group stages still retaining the position with a win this Thursday against Georgia.

Georgia on the other hand would like to pull off an upset at home soil having been eliminated from the tournament already. Read our preview and predictions with the best tips here.

Their only previous meeting took place earlier in the tournament in Sweden where the hosts won 1-0.

Georgia vs Sweden Prediction and Analysis

Georgia held Greece to a 1-1 draw at home in the early proceedings of the qualifiers, but things have gone downhill since and their 2-1 win against Kosovo is the only upside.

The team is currently 4th in the group level on points with Kosovo but ahead on goal difference. The team has failed to show any attacking flair in matches they have failed to win.

Apart from their 2-1 loss on the road against Greece, Sweden has had a very good run in the tournament. As things stand, they have got the better of Spain for the second major tournament in a row having finished above them in the Euro group stages as well.

They are currently 2 points above Spain with 5 wins in 6 games in the tournament.

Sweden is in excellent form and as such we do not see them dropping points against a struggling Georgian side.

We do not see the hosts scoring against a formidable Swedish defence.

Tips for Georgia vs Sweden