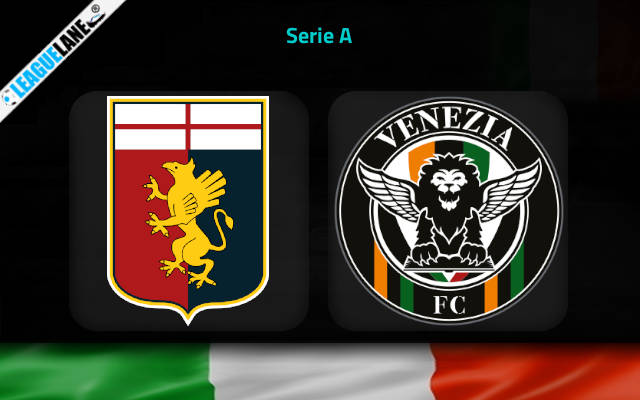 Genoa vs Venezia Predictions and Free Tips from our expert tipsters when the teams go head-to-head in the Italy Serie B on Monday, 16 January 2023.

The consistency of Genoa in sealing victories helped them to remain inside the safe zone since the beginning of this season. They are currently sitting at 3rd spot with a total of 33 points.

Meanwhile, Venezia have had a disappointing Serie B campaign so far in this season. Their poor performances affected the positioning in the standings. They are currently inside the danger zone.

Genoa is following a 12-fixture unbeaten streak against Venezia. The reverse fixture ended in a 1-2 win for Genoa.

At this venue, Genoa have a 100% unbeaten record against Venezia barring a single fixture. Four of the past five meetings at this venue had goals under 2.5 ft.

Who will win the match between Genoa vs Venezia?

Genoa is likely to seal a win on Sunday. They are on a two-game winning streak at home and have been the dominant force in the history of this head to head match-up.

Knowing that Venezia were winless in four of the last five road trips, we have enough reasons to expect a win for Genoa.

We expect Genoa to have the full control of this match. Going on, the last 8 consecutive home matches of Genoa had goals under 2.5 goals ft. The case of Venezia isn’t that different too. Thus, we expect this match to have under 2.5 goals.

Genoa have managed to record a clean sheet in three of the past four league outings. They have the second best defense and we don’t expect Venezia to score past Genoa on Sunday.

The current unbeaten form of Genoa is enough to back them here. Their h2h supremacy against Venezia is an additional advantage.

We therefore like to back Genoa to win at 1.70 odds and like to place it as the main betting option. For the second tip, under 2.5 goals at 1.67 odds seems ideal considering the goal trend of Genoa.