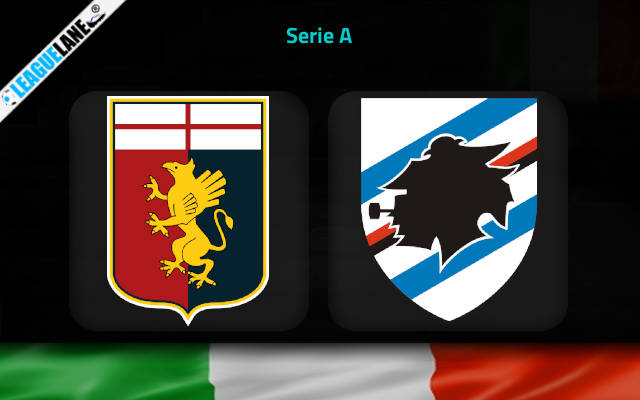 Genoa failed to record a single attempt towards Juventus’ goal in a 2-0 defeat in Turin last weekend. They did not score in four successive league games. They sit second from bottom in the league ladder and are yet to clinch their maiden home win this season. We don’t need anything else to see the value in backing the away win pick at the 2.30 odds here.

Genoa and Sampdoria will take on each other in the first game of the Matchday No 17 in Serie A on Friday evening at Stadio Comunale Luigi Ferraris.

Neither of the two outfits have been pulling up any trees of late and both will be desperate to arrest their current slump in form in their head-to-head clash.

Genoa have won just one game since the beginning of the season. They hired famous former AC Milan striker Andriy Shevchenko as the new head coach exactly a month ago, but his appointment did not bring any joy for the team.

Genoa are particularly struggling to create anything in the final third under Shevchenko. The Ukrainian manager led the team in the last four Serie A games and Genoa have not found the back of the net in any of these.

The hosts should get a nice chance to score their first goal with Shevchenko in charge here against Sampdoria who have been terrible defensively of late.

The visitors shipped three goals in each of the back-to-back defeats to Fiorentina and Lazio in the last couple of rounds.

Tips for Genoa vs Sampdoria