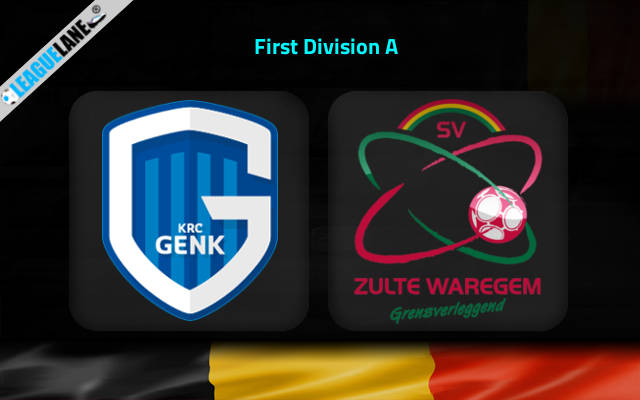 Genk vs Zulte Waregem Predictions and Free Tips from our expert tipsters when the teams go head-to-head in the Jupiler League on Saturday, 14 January 2023.

With less than half of a season remaining, Genk have placed themselves as the absolute best team in the competition. They have a lead of seven points at the top of the table, and they are determined to make good use of the upcoming match-up between the second-placed Royale Union and the third-placed Antwerp.

Meanwhile, Waregem are placed second to last in the table, and are the prime contenders to get relegated at the end of the campaign. Barring a win against the 15th placed Kortrijk, they have a 100% winless record on the road.

The reverse fixture in the first half of the season ended in a 1-4 win for Genk on the road. They are also on a six-game winning streak, and they scored 20 goals in the process.

Do also note that the hosts won 10 of the past 11 h2h clashes at this ground.

Who will win the match between Genk and Zulte Waregem?

Genk are overwhelming favorites to post the win this Saturday. They are the toppers, and have been absolutely phenomenal with their performances throughout the season. On the other hand, Waregem are in threat of being relegated, and are one of the worst teams in the competition.

In addition, Zulte also have a worrying h2h record against this rival over the years.

Genk have scored the most number of goals in the league so far – 48 goals from 19 fixtures. In fact, only one other squad even managed to score more than 40 goals.

Meanwhile, Waregem have conceded the most number of goals in the Belgian top flight. Considering the h2h scorecards as well, expect a high-scoring affair this weekend.

Not only do Genk have let in the least number of goals in the tournament, but they consistently kept clean sheets in h2h meetings too. In fact, five of the former eight h2h clashes at this ground saw the guests failing to score.

Chances are quite low for Zulte to find the back of the net this weekend.

Genk have a 100% winning record at home barring a draw, and they also are on a six-fixture winning streak in h2h meetings. Even the latest encounter between the two ended in a 1-4 win for them on the road.

Now they are at home, and are huge favorites to register the win. Likely, a -1.5 Asian Handicap on Genk at an odd of 1.67 is a great pick.

Coming to goals, previous h2h clashes have all ended up as high-scoring affairs. More than that, the hosts have the best offense in the league and are at home, while the Zulte have the worst defense in the First Division A.