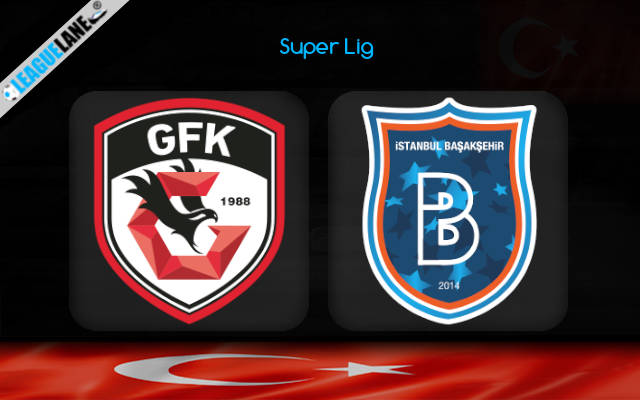 Istanbul Basaksehir will be searching for their fourth successive win across competitions on Thursday afternoon when they travel to Gaziantep Stadyumu to battle mid-table Gaziantep in the 17th rounds of Turkish Super Lig.

Head coach Emre Belozoglu can be thrilled with his team’s recent attacking form because Istanbul Basaksehir have translated their superb streak from mid-season exhibitions to the league and cup games in December.

If we count both competitive and non-competitive games, Belozoglu’s men have bagged at least two goals in each of the last five outings.

The thread involves the easy 2-0 victory over Antalyaspor in the previous Matchday in Super Lig, a match played last Tuesday.

Basaksehir moved up to the third position in the league table and are currently only three points shy of Galatasaray at the very top.

They will fancy their chances of maintaining the great spell of form here against Gaziantep who are winless in five subsequent league outings.

Gaziantep also have just one win in the previous ten Super Lig matches. The latest defeat came seven days ago away at mid-table rivals Giresunspor (2-1).

Istanbul Basaksehir go into this in much higher spirits and we expect them to keep the string spell of form going against an underwhelming opposition. There is value to be found in the 2.10 odds offered for the away win bet here.

Since Gaziantep have been pretty easy to break down of late, we will chase the higher upside and go for Istanbul Basaksehir to win & Over 2.5 goals FT bet at the 3.40 odds.