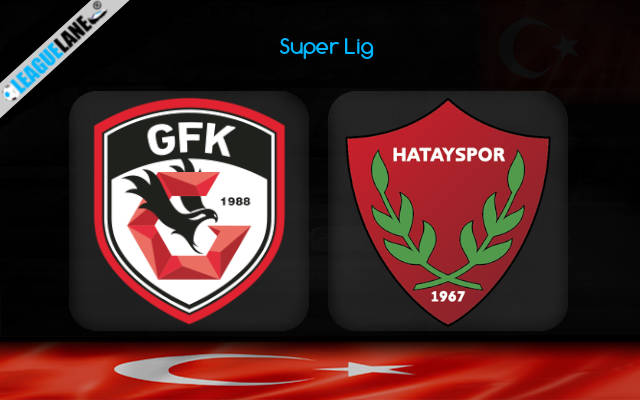 Gaziantep vs Hatayspor Predictions and Free Tips from our expert tipsters when the teams go head-to-head in the Turkish super Lig on Wednesday, 1 February 2023.

Neither Gaziantep nor Konyaspor is having a decent run in the Turkish topflight of late. Both the sides recorded a winless outcome in four of the last five league matches.

Going on, Gaziantep is positioned at 11th in the standings, three spots and two points away from Hatayspor. Although the stats are comparatively better for Gaziantep, their current form is as displeasing as Hatayspor’s.

Gaziantep have a 100% unbeaten record against Hatayspor barring a single fixture. The reverse fixture ended in a 1-2 win for Gazaiantep.

They have met thrice at this stadium and Gaziantep have managed to remain unbeaten in all. Both teams to score and over 2.5 goals option landed often in the clashes between these two.

Who will win the match between Gaziantep vs Hatayspor?

Gaziantep ended their nine-game winless streak by sealing a 0-2 win over Ankaragucu in the previous game. On the other side, Hatayspor sealed an impressive 2-1 win over the reigning Turkish champions Trabzonspor to end their six-game winless streak.

However, Hatayspor is still having an unimpressive run on the road. Gazinatep is comparatively better as they have recorded a couple of unbeaten outcomes at home lately.

Moreover, Gaziantep have an upper hand in the history of this match-up. Thus, we expect a victory for Gazinatep on Wednesday.

The attacking side of both the teams are consistent and have been scoring even in the matches they have lost lately. However, we are not going for an over 2.5 goals bet considering the low-scoring recordings of Gaziantep at home.

Gaziantep have been allowing goals at home lately. The same can be seen in Hatayspor’s away recordings too. In that case, we expect a both teams scoring scenario at Gaziantep Stadyumu on Wednesday.

Gaziantep have a slight advantage in the overall observation of stats. They have been the stronger force in the recent tradition of this match-up too.

Therefore, we like to place Gaziantep to win at 2.00 odds as the main betting option. For the second tip, both teams to score at 1.67 odds seems to be decent considering the defenses of both.