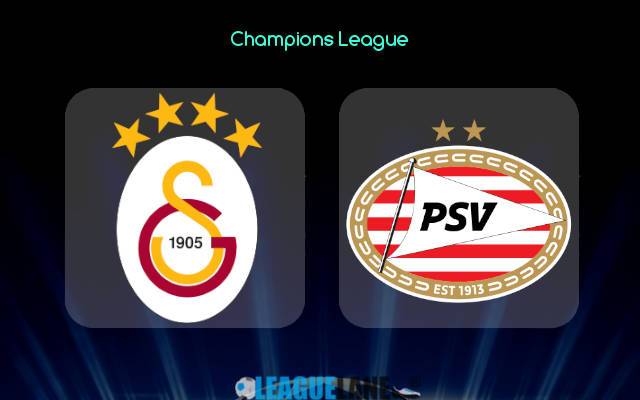 PSV have all but closed the UEFA Champions League second qualifying round tie against Galatasaray with a demolishing 5-1 victory in the first leg on the Dutch soil. This return fixture is thus only a formality.

Inspired by Eran Zahavi and Mario Gotze, PSV stormed past Turkish runners-up Galatasaray to a comprehensive 5-1 victory seven days ago in Eindhoven.

Zahavi was particularly the dominant figure on the pitch. He completed a hat-trick and also set up one of Gotze’s two goals to make a huge difference between the two outfits.

PSV thus look super serious despite missing their best player from the last season as Donyell Malen is set to complete his transfer these days.

Also, PSV’s superb display came as a surprise if we know their season will not begin before August 14th when they take on Heracles on the opening day of Eredivisie.

Galatasary will start their new Super Lig campaign on the same weekend (on August 15th), but their Champions League adventure will likely come to an end here.

Fatih Terim will obviously have a lot of work to do in terms of finding adequate defensive solutions.

Claiming that his team’s back line looks poor at this stage of the pre-season is an understatement.

Galatasaray shipped three goals in two friendlies against Dinamo Bucharest and Kasimpasa and they allowed five more in the maiden official match of the new season.

PSV look lethal on the pitch under Roger Schmidt. The German manager does not have a reason to rest his players at this stage of the season and we expect to see PSV’s strongest XI at Basaksehir Fatih Terim Stadyumu.

The hosts do not have anything to lose (they’ve already lost the tie and the pride by allowing five goals last week in Eindhoven) and we can see them attempting an early pressure on PSV’s half on Wednesday. This just has to be an open match packed with goals due to the circumstances. Tradition also speaks in the favor of the Over 2.5 goals FT & Both Teams To Score pick (paid at the 1.83 odds).