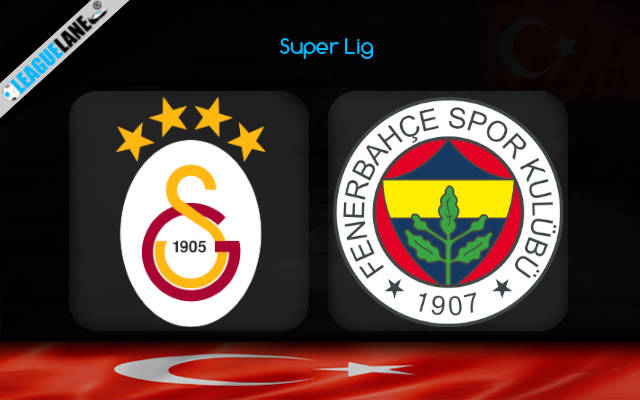 The Nef Stadium in Istanbul is set to host the 394th instalment of the Intercontinental Derby, where the Istanbul rivals Galatasaray and Fenerbahçe will renew their eternal rivalry in a Super Lig fixture. The match is set to kick off at 16:00 UK, this Sunday.

This match between the 2 most successful clubs in Turkey will see the teams go into the fixture with neither side within the top 3 positions in the league. Read our Preview, Predictions, and Betting Tips with Analysis here.

Galatasaray vs Fenerbahce Prediction and Analysis

Gala has looked pretty formidable domestically for most parts of the campaign. Disregarding their 4 match winless run from August to September their only loss came against another Istanbul rival, Besiktas.

They are currently 4th in the Super Lig, 9 points behind league leaders Trabzonspor. With 2 wins and 2 draws in the Europa League they are on top of their group ahead of Lazio, Marseille and Lokomotiv Moscow.

The Yellow Canaries were off to an amazing start to the league campaign losing just a game prior to the international break in October. They are since winless in the league with 3 losses and a draw.

They are currently 7th in the league level on points with 6th place Besiktas and a point behind their opponents for this Sunday. With 1 win and 2 draws they are third in Group D of the Europa League behind Olympiakos and Frankfurt.

Contrary to the recent trend in h2h fixtures between the sides, I have backed both teams to score as the hosts and visitors have scored at least a goal in their last 10 and 7 matches respectively.