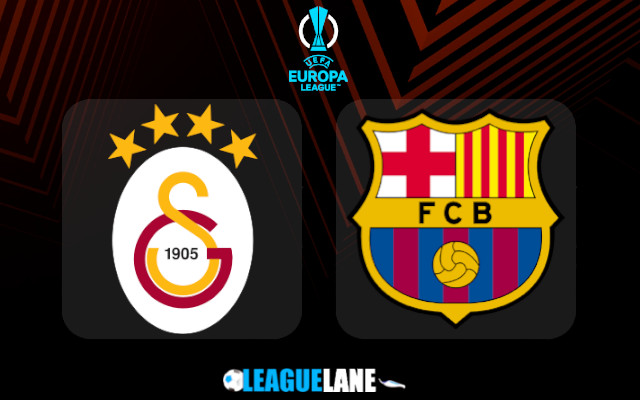 A real buzz is expected in and around NEF Stadyumu on Thursday evening when mighty Barcelona come to visit Istanbul for the reverse fixture of their last 16 round of UEFA Europa League tie.

To make things better for the local fans in Turkey, Galatasaray kept Blaugrana to a goalless draw seven days ago at Camp Nou, leaving things wide open ahead of the rematch in their own backyard.

The icing on the cake atmosphere-wise was Galatasaray’s 2-1 victory over arch-rivals Besiktas in one of the biggest derbies Turkish football has to offer on Monday afternoon.

Midfielder Kerem Akturkoglu was the hero with a brace on the occasion and all eyes will be on him ahead of this clash against the Spaniards.

Barcelona will also enter the match on a high following a demolishing 4-0 victory over Osasuna.

Ousmane Dembele offered another phenomenal performance with three fantastic assists, while Ferran Torres completed a brace. Pierre-Emerick Aubameyang was also on the scoreline for Xavi’s troops.

The Catalans have won five and drawn one of the last six matches across competitions, netting four or more goals in four of these six outings in the process.

They have dominated in the first leg as well and it is fair to say they deserved a win at Camp Nou. Can the Catalans capitalize on their dominance in the return fixture in Istanbul?

The visitors should have plenty of space to do so knowing that Galatasaray have conceded at least a goal in each of the last eight games on the home patch across competitions.

The gulf in quality between these two teams is huge and we expect the visitors to confirm it on the pitch and register an easy victory without too many problems on Thursday in Istanbul.

Xavi’s men will want to finish the job as soon as possible with the eye on El Clasico which is scheduled for Sunday evening. We will thus back the visitors to have the lead at the half time and win the match at the end at the odds of 2.05.